China (+30 million) had the most net additions of mobile subscriptions during the third quarter of 2017, followed by Indonesia (+7 million), the US (+4 million), Angola (+4 million) and Pakistan (+3 million).

Telecom operators have added 170 million LTE subscriptions to reach 2.5 billion. The net additions for WCDMA/HSPA or 3G were around 60 million subscriptions. The majority of 3G/4G subscriptions can use GSM/EDGE as a fallback.

With the exception of India, subscriptions for mobile broadband now make up 50 percent or more of total subscriptions in all regions.

Middle East and Africa region will transform from a situation where half of all mobile subscriptions are GSM/EDGE-only, to one where 90 percent of subscriptions are for mobile broadband in 2023. Driving factors for this growth include a young and growing population with increasing digital skills, as well as more affordable smartphones. 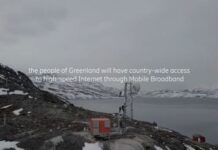