Ookla’s speedtest report rated Airtel as the fastest mobile network in India during Q3 and Q4 of 2017.

Sunil Mittal promoted Airtel achieved a speed score of 9.05 with download speed of 10.25 Mbps and average upload speed of 3.59 Mbps in India. 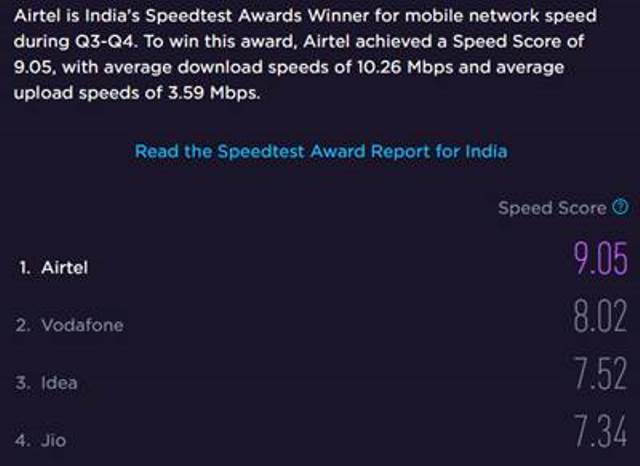 Airtel, which has presence in 2G, 3G and 4G internet, is ahead of Idea Cellular, Vodafone and Reliance Jio in mobile network speed.