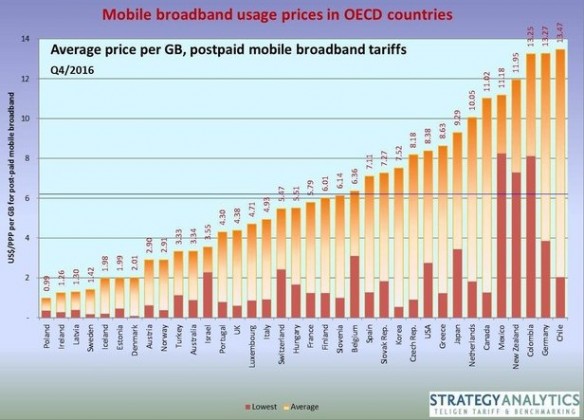 The price of post-paid mobile broadband is declining at an average rate of 10 percent per year, said Strategy Analytics.

On the other hand, the average per GB price of mobile broadband increased in one third of the countries tracked by Strategy Analytics.

Mobile broadband prices vary from $1 per GB in Poland to over $13 per GB in Colombia, Germany and Chile.

SIM-only mobile broadband plans account for 38 percent of all plans in this update, and 80 percent of the plans are post-paid.

Over 84 percent of all mobile broadband plans are now 4G/LTE.

Data value has improved over the last 6 years with the average price per GB falling 39 percent against the 2011 index of 100.

The statistics shows that both the average and the lowest price per GB across 36 countries, as of December 2016, the cost of mobile broadband data varies significantly by country.

“Prices have fallen an average of 10 percent per GB across the OECD countries from 2015 to 2016. There is a significant variation in the price per GB between the countries, with a factor of 14:1 from highest to lowest country average,” said Strategy Analytics’ Teligen Director Halvor Sannaes. 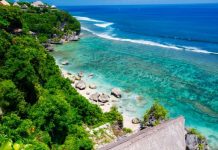 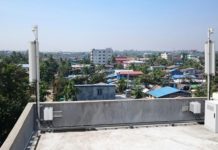