Telecom service provider MTNL is planning to invest about Rs 400 crore to increase 3G mobile internet speed by up to six times, and enhance the coverage of 2G network.

The state-run mobile service provider, which has telecom presence in Delhi and Mumbai, says it will increase 3G speed to 21.1 Mbps by using HSPA+ technology from 3.6 Mbps on the present HSDPA technology, PTI reported.

Last week, Aircel, a joint venture of the Malaysian telecoms Maxis, said it would upgrade its 2G and 3G network to improve customer experience. It also announced a unified 2G and 3G tariff.

The company does not share 3G specific revenue details. MTNL operational revenue has increased to Rs 34286.63 million in fiscal year 2013 from Rs 33732.53 million from previous fiscal. The increase of Rs 554.11 million was mainly on account of increase in Broadband revenue and increase in prepaid income of mobile. 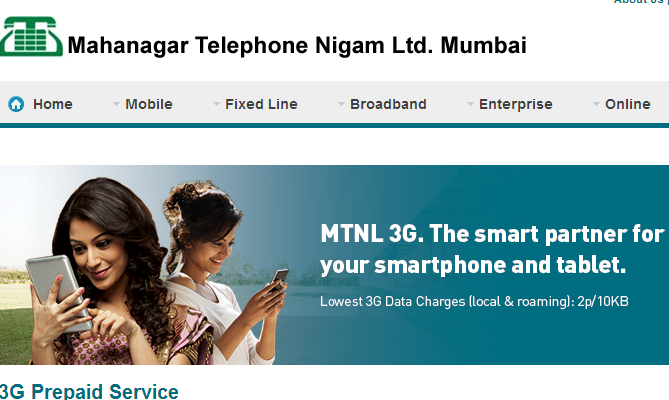 “We have floated tender for enhancing 2G and 3G coverage in National Capital Region. Under this project, we are working to enhance maximum speed of 3G internet by six times. The total project is estimated to cost us Rs 400 crore,” said MTNL chairman and managing director A K Garg.

At the current speed a user is able to download a 600 MB file, equivalent to a Bollywood movie, in around 24 minutes. At 21 mbps, the same file can be downloaded in 4 minutes.

However, the 3G downloads depend on a lot of other factors such as the server location, number of subscribers using network at a time and throughput capability of the website.

MTNL plans to install about 1,500 base stations (mobile towers) for 2G services, and about 2,000 sites for 3G coverage.

MTNL will have 750 BTS (mobile tower) each in Delhi and Mumbai for 2G coverage and 1,000 nodes for 3G coverage. “The only issue that we are facing is availability of locations for installing BTS. We are looking for interest from people who want to get BTSs installed at their premise,” Garg said.

Nokia Solutions and Networks, Alcatel Lucent, Huawei and ZTE are in race for the project. The telecom equipment vendor for the project will be finalized by end of this month.