Telecom service provider TIM Brasil is planning to spend an additional Capex of $948.31 million over three years to improve its network.

The investment will be in both 3G and 4G networks.

Earlier, TIM Brasil decided to invest Capex (capital spending) of $4.55 billion as per its latest 2014-2016 plan. Out of this, 80 percent was earmarked for network upgrades. The additional Capex investment would amount to a 25 percent increase in network spend.

Telecom Italia’s majority-owned Brazilian mobile firm is looking for a board approval by the end of October for the network improvement plan called Turbo, Reuters reported.

TIM Brasil, which is 67 percent owned by Telecom Italia, needs to improve its customer base and telecom network to compete with its rivals which are seeking to offer bundled fixed line and wireless telecoms services.

TIM Brasil, country’s second-biggest mobile network operator after Telefonica, is planning to boost its investments over the next three years to strengthen its 4G and 3G data network infrastructure, the report said.

TIM Brasil, which bought more 4G LTE radio spectrum in September, is focusing its investments in the southern states of Parana and Santa Catarina, the Northeast and Sao Paulo.

Brazil has an overall fixed broadband penetration of 35.83 percent.

The Telmex group (Claro, Embratel and Net) led the market with 7.21 million subscribers or a 30.75 percent market share in the Brazil fixed broadband market. 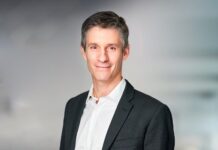