1800 MHz is the most widely used spectrum for LTE network deployments with 45.3 percent using it, said GSA.

LTE1800 has the largest user devices ecosystem with more than 40 percent of user devices such as smartphones, MiFis, dongles, CPEs, etc. can operate in the 1800 MHz band.

GSA said the number of commercial LTE networks is expected to exceed 350 by end 2014. 331 operators have commercially launched networks and service in 112 countries. 65 LTE networks have launched so far this year. 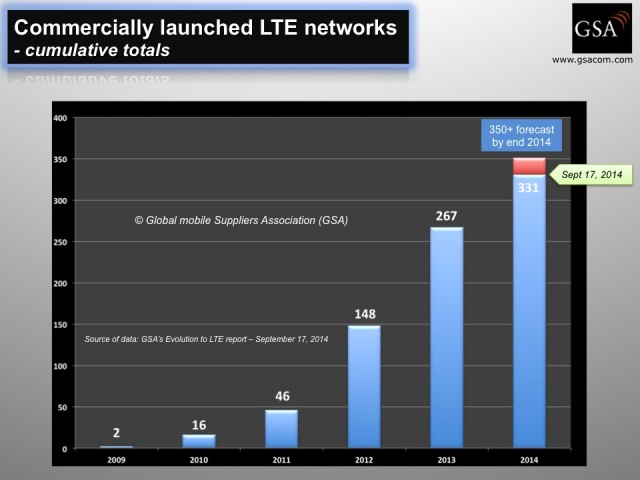 The next most popular contiguous band for LTE deployments is 2.6 GHz (band 7) and is used in 26 percent of networks.

800 MHz (band 20) has gained share as the next most popular contiguous spectrum band and is by far the most popular sub 1 GHz coverage choice for LTE. 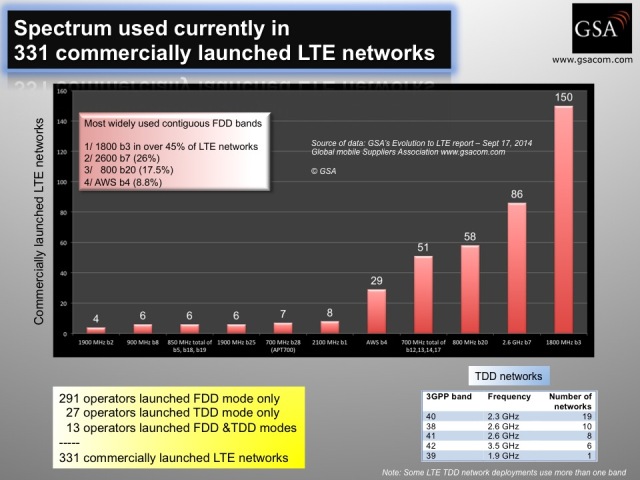 There are 40 LTE TDD networks available in 27 countries. 27 operators have launched LTE service using only the TDD mode, and 13 operators have deployed both TDD and FDD modes together in their networks.

71 operators in 36 countries i.e. over 21 percent of operators are investing in VoLTE deployments, studies or trials, with 10 operators having launched HD voice service using VoLTE.