Bharti Airtel is likely to overtake Vodafone Idea thanks to its investment in expanding the 4G network coverage, said reports from Goldman Sachs and Bernstein. 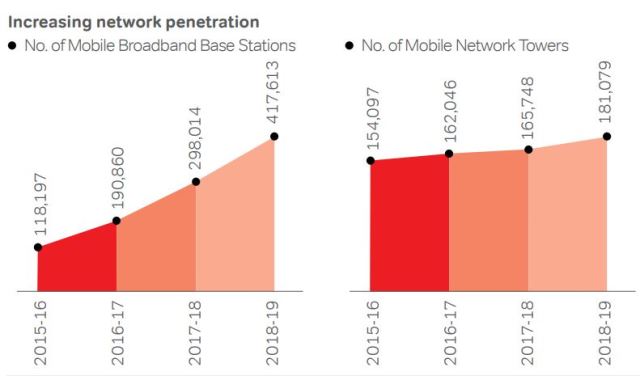 The recent Ookla’s Speedtest report said Airtel has retained its position as the #1 telecom operator in terms of mobile Internet speed as compared with rivals such as Reliance Jio and Vodafone Idea.

Airtel has lost 1.5 million mobile phone subscribers in the June quarter of 2019 as part of its drive to focus on quality consumers. The upgrade of 8.4 million mobile phone customers to 4G service has enabled the company’s mobile service revenue to grow by 2.26 percent quarter-on-quarter and 4.1 percent year-on-year, Bernstein said.

Goldman Sachs Global Investment Research said the key catalysts for Bharti Airtel are likely to be widening and converging growth trends vs Vodafone Idea and Jio; growth in revenues due subscriber upgrades; and a tariff hike in the wireless industry in India.

EBITDA of Airtel’s wireless business, which forms 46 percent of FY19 revenue, will grow at a 30 percent CAGR over the next three years after dropping by 60 percent since Jio’s launch in September 2016. 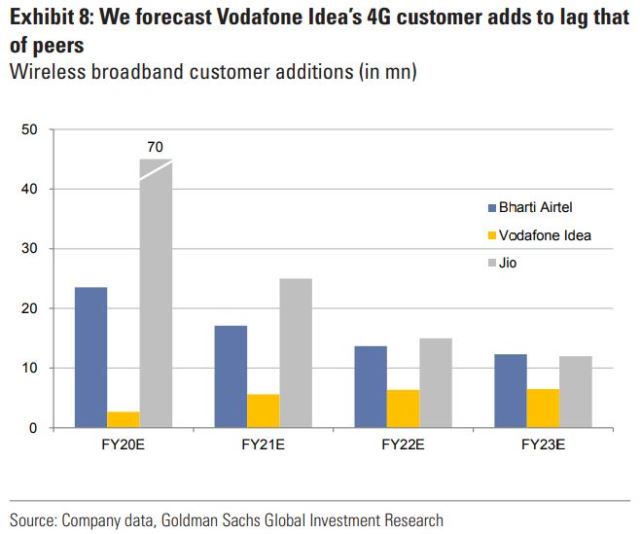 This will be driven by market share wins from competitors, customer upgrades to data/better monetization of data customers, and tariff hikes. Airtel has largely closed the network gap with Jio, especially in urban centres, and its revenue growth has been converging with that of Jio in recent quarters.

There will be a stable market share for Bharti Airtel at around 31 percent over the next five years, Goldman Sachs. More than two-thirds of Airtel’s incremental revenues will flow through to EBITDA. Airtel will complete its 4G network roll-out by end of FY20, and it will be free cash flow positive starting FY21.

Airtel’s India wireless business revenue will grow at 10 percent and EBITDA will grow at 30 percent. Despite 27 percent drop in revenues during from FY17 to FY19, Airtel has increased investments in network. Airtel India Capex registered 50 percent growth in fiscal 2018-19 as against the previous two years. 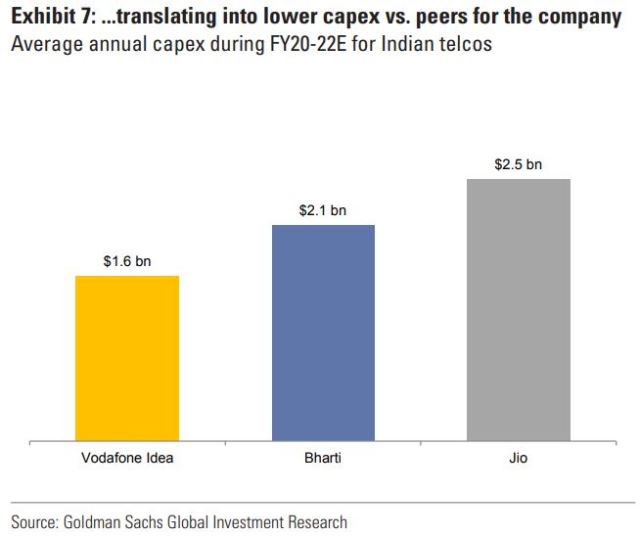 Airtel’s relatively better 4G network vs. Vodafone Idea, and its strong balance sheet should result in a stable market share for the company at around 31-32 percent, despite Jio’s market share rising to 39 percent by fiscal 2023.

Airtel will add 4x the number of wireless broadband subscribers on its network as Vodafone Idea over the next three years. Airtel’s revenue growth will be 6-7 percentage points higher vs Vodafone Idea.

Jio’s revenue growth is likely to remain the highest among Indian operators as the company is expected to add 2x as many 4G subscribers as Airtel during fiscal 2020-22. JioPhone users will be the two-third of the net addition.

Airtel will add 5-6 million 4G customers on its network every quarter over fiscal 2020, leading to a 4 percent revenue growth. 61 percent of Airtel subscribers will use mobile data by fiscal 2023 as compared with 43 percent in Q1 fiscal 2020.