Bharti Airtel Chairman Sunil Bharti Mittal on Monday said that the Indian telecom industry has been making investments despite low returns and it is now time for the government to attend to the issues faced by the sector, including the continuing high taxes. 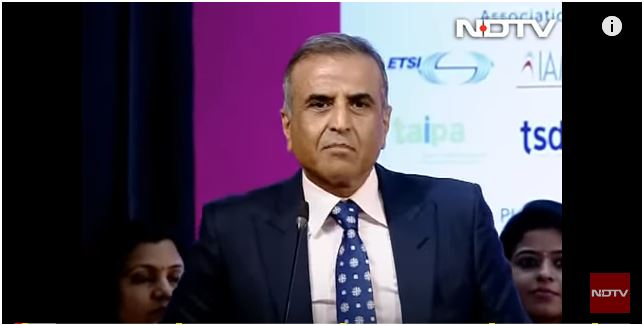 In an investor call, Sunil Mittal said that India government has also been asking the industry to step up investment in the digital infrastructure and the industry has been also urging the government to attend to some pressing issues inhibiting continued investments in the sector given the negative to low returns.

“The taxes on this industry remain high. For every Rs 100 of revenue, Rs 35 go in various forms of levies. We hope that as we step up and do our part, the government will also favourably look at some of the genuine demands of the industry enabling a multiplier effect and positive outcome,” Sunil Mittal said.

Airtel on Sunday announced plan to raise Rs 21,000 crore through rights issue. Some media reports said Google will be making investment in Airtel.

Sunil Mittal said the capital will help improve the leverage position for the company and simultaneously provide the fuel to accelerate investments across several parts of its portfolio to drive competitive and profitable growth.

5G auctions are expected to happen next year and Airtel, as a leader, intends to roll out 5G network in key cities at the earliest to be able to provide the benefits of the new-age networks to its customer, especially the heavy users and industrial applications, Sunil Mittal said.

Airtel plans to accelerate its rollout of fibre to prepare the network in time for 5G rollout and also have millions of additional home passes of FTTH for home broadband along with accelerating its investment in the fast-growing Data Centres business.

Airtel’s rights issue will allow the company to have a better leverage ratio, stronger and earlier access to building new market opportunity across, 5G, fiber and homes.