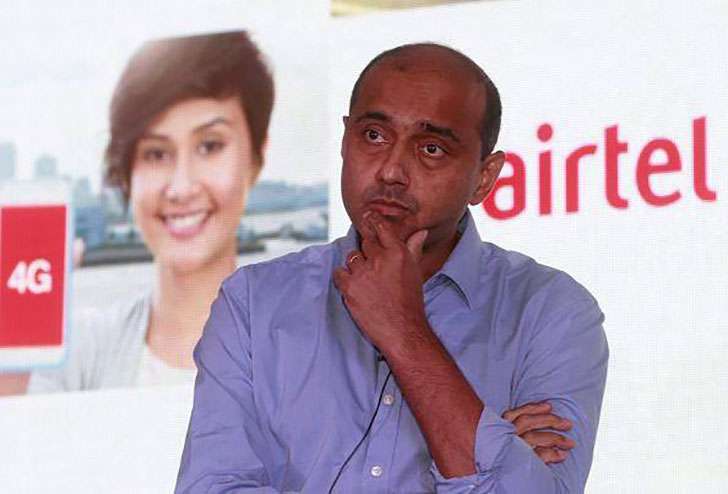 Airtel India CEO Gopal Vittal has indicated that the telecom operator may be shutting down its 3G networks and refarm the spectrum for 4G.

The strategy of Airtel India is to tap customers with high speed data services offered by 4G network. Device makers have started focusing on 4G smartphones.

Airtel claims that its nationwide 3G network can be refarmed to 4G without spending on telecom infrastructure.

Airtel is continuing for now as there are still 3G data subscribers on its network and voice traffic still runs on 3G network. However, it expects 2G and 4G would be primary technologies to dominant in India.

IIFL said it expects a raise in Capex guidance during the year. Mobile Capex at Rs 50 billion was 1.5x the recent quarterly run rate of Vodafone Idea Cellular put together. 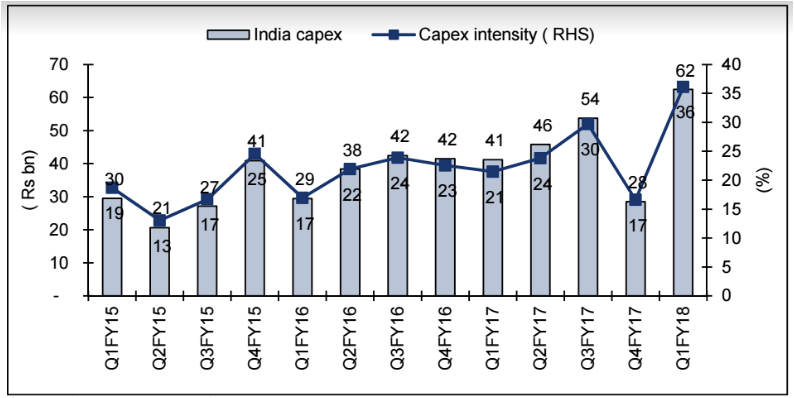 Motilal Oswal said 3G network shut down will be faster in India v/s other regions due to most new device having 4g capability. However, high shipment of feature phones may keep 2G network active for a prolonged period.

Morgan Stanley said Airtel would adopt a modular network rollout strategy based on demand rather than front-ending it. Incremental spending would be mainly on 4G coverage and fibre rollout.

Credit Suisse said Capex (capital expenditure) was high at nearly $1 billion against the full year guidance of nearly $3 billion. Bharti Airtel’s India Capex in Q1 was more than Idea’s full year Capex budget. “We see this as a continuing trend as operators race to add capacity to compete in the data market,” Credit Suisse said. 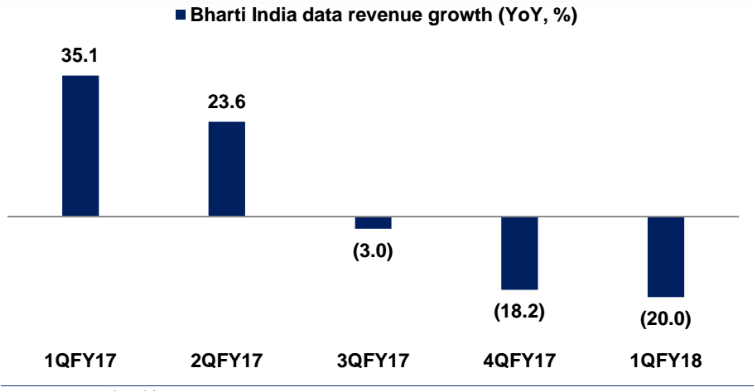 Goldman Sachs said Airtel India had the highest-ever quarterly Capex of $800 million in India wireless. Airtel has 120,000 wireless broadband towers, similar to that of Jio, and this coupled with Airtel’s 3G / 4G spectrum holding will help it defend market share vs Reliance Jio.

Jefferies said Capex during the quarter was 1/3rd of FY18 guidance, retained but could carry upside risks given network rollout of Reliance Jio. Capex for the quarter was INR 66 billion, a third of FY18E guidance. While Airtel management reiterated the guidance, this could carry upside risks given the network rollout plans of Reliance Jio which incumbents would need to match.

Even if volume offset the impact of decline in data pricing in revenues, it has margin and Capex implications if pricing pressures continue unchecked. Data usage accelerated dramatically with an increase of 110 percent, primarily due to revised pricing, JP Morgan said.

Capex as a percentage of revenues was 30 percent in the June 2017 quarter. India Capex of Rs 62.4 billion was ~36 percent of India revenues – this more than doubled. The company added 12.6k broadband sites, ramping down from 20-22k sites added in each of the last two quarters. Bharti’s broadband sites crossed 200,000 in June.

Airtel is running VoLTE trial in 5-6 cities. Airtel is likely to have VoLTE on pan-India basis towards the end of the fiscal. Deployment of VoLTE network will allow migrating traditional traffic on VoLTE.