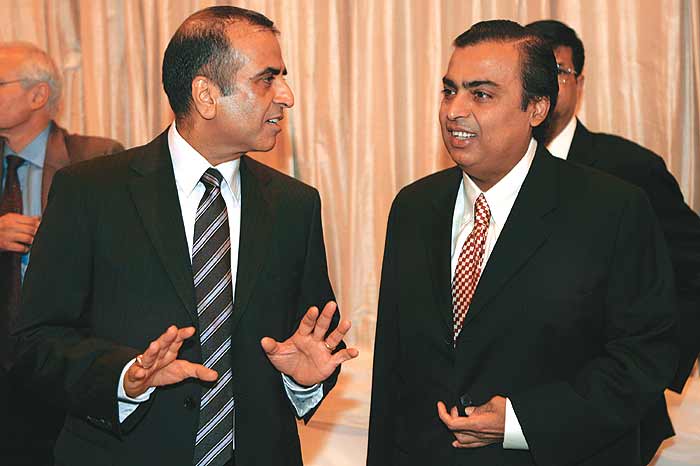 The spectrum deal between Bharti Airtel and smaller telecom network operator Videocon for $0.66 billion or INR 44.3 billion is aimed at improving 4G network coverage amid anticipated competition from the entry of Reliance Jio.

Mukesh Ambani-promoted Reliance Jio Infocomm is expected to launch 4G during the second half of 2016. It will target 4G coverage in around 20,000 towns. Airtel has expanded its 4G coverage to nearly 400 towns in the last four years. On the other hand, Idea Cellular said its 4G coverage is nearing 350 towns after going live with the 4G services in December 2015.

Bharti Airtel noted that its data usage is doubling annually while data average revenue per user (ARPU) per month has increased to over INR 200 – higher than voice’s INR 137.

Fitch Ratings said Bharti Airtel will fund the INR 44.3 billion spectrum acquisition from the sale of operations in Burkina Faso and Sierra Leone to France’s Orange.

Bharti Airtel’s ratings have moderate headroom, given its plan to sell non-core assets despite higher competition and Capex (capital expenditure) requirements in India. These include its struggling Bangladesh business and operations in two additional African markets. Bharti Airtel plans to invest $3 billion annually over the next three years to improve voice and data networks.

Bharti’s acquisition price of INR 44 billion is about 65 percent higher than the regulatory auction reserve price – adjusted for the residual life of 16 years – as the spectrum is contiguous to Bharti’s existing spectrum in 1800MHz, Fitch Ratings said.

Fitch said the entry of Reliance Jio will intensify the competition. The industry blended tariff should fall by 5 percent-6 percent as Jio’s entry will arrest the rise in data average revenue per user (ARPU) despite rising data usage, and as voice ARPU will continue to fall due to data cannibalisation.

The top four telcos’ average operating EBITDA margin will narrow by 100bp-200bp (2015: 35 percent) due to pricing pressure on the higher-margin data services and a rise in marketing spend as data competition rises.

Unprofitable telecoms such as Videocon, Aircel and Tata Docomo, could exit, given their unviable business model, now that they are able to sell their under-utilized spectrum.

The deal with Videocon reflects the successful strategies of Sunil Mittal in the Indian telecom market place.