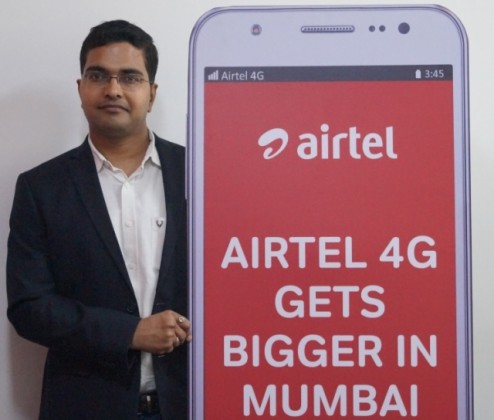 Airtel indicated that the network expansion would effectively translate to deployment of 1 new site per hour throughout the year. The largest telecom operator does not reveal circle specific investment details.

Airtel is the third largest wireless operator in Mumbai, one of the high ARPU markets in India. Airtel has 7.94 million wireless users in Mumbai as on March 31 2018.

Airtel engineers will deploy the pre-5G Massive MIMO technology across all major business hubs and residential locations in the Mumbai city.

Investment in Massive MIMO, a pre-5G technology, expands network capacities by 5-7 times on the same spectrum. Airtel recently deployed the Massive MIMO solution at Wankhede Stadium throughout the IPL.

The network investment will enhance the current mobile network in Mumbai by 30 percent, taking the total number of sites in the city to 27,000.