China Telecom has outlined its 3G and 4G expansion strategies and Capex (capital spending) plan for 2014.

In an analyst call last week, China Telecom, which competes with China Mobile and China Unicom, said its 2014 Capex would be $12.89 billion against $12.85 in 2013, indicating a marginal increase in its telecom infrastructure investment.

China Telecom Chairman Wang Xiaochu said the company will apply for the permit of LTE FDD operation and will deploy LTE network appropriately with regard to the government policy and business development.

China Telecom will focus on one LTE network incorporating both TD and FD LTE accesses, with most of the LTE Capex supporting TD and FD LTE infrastructure, towers and core network.

LTE deployment starts from hotspots in densely populated areas of the cities.

The state-government owned China Telecom has launched LTE services in nearly 100 major cities in mid-Feb 2014, with the first batch of 4G data devices all compatible with TD-LTE. 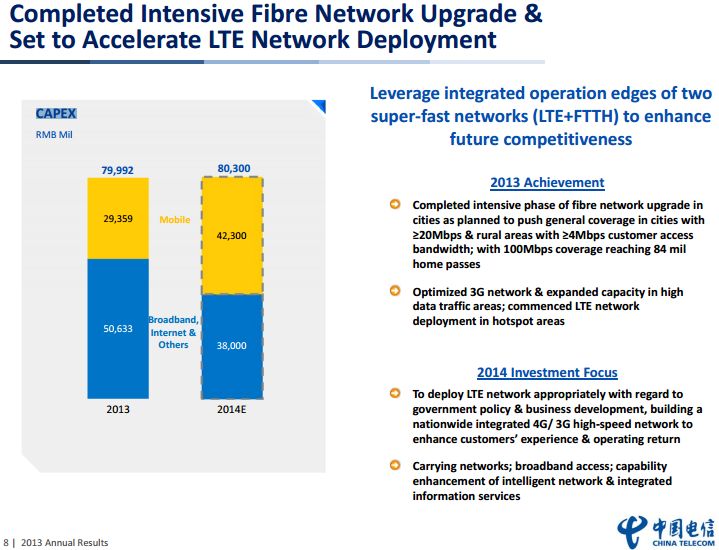 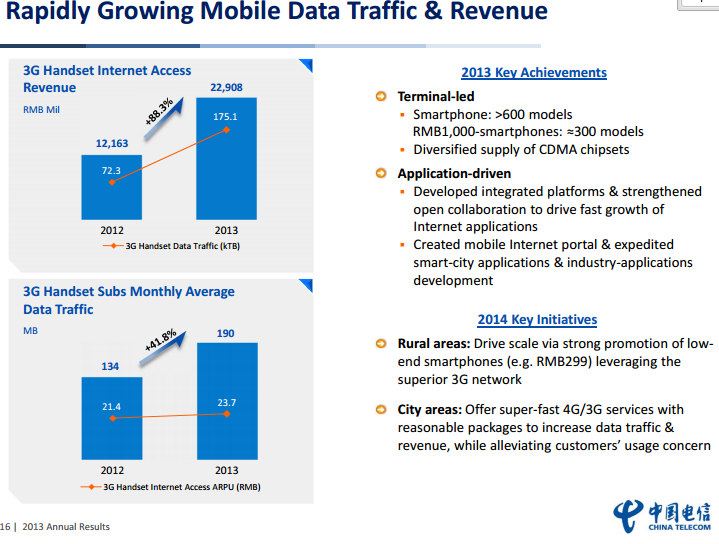 3G subscribers had a net addition of approximately 34 million, with a total exceeding 100 million. The number of 3G subscribers as a percentage of total mobile subscribers increased to 56 percent.

Among these subscribers, the number of Fibre-to-the-Home (FTTH) subscribers was close to 27 million, representing an increase of over 70 percent. FTTH subscribers accounted for nearly 30 percent of the total number of wireline broadband subscribers.