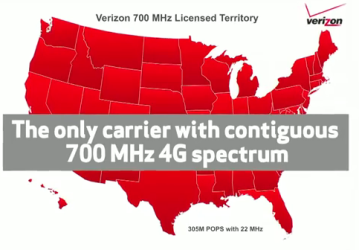 Treat the costs incurred in making sufficient spectrum available for commercial mobile broadband as investments with a return that is realized over time in the form of increased GDP and tax revenue.

Make a successful television broadcast spectrum auction a top priority toward meeting the 2020 goal of freeing up 500 MHz of spectrum for mobile broadband.

Expand government funded or supported R&D efforts to explore the potential of spectrum sharing as a means to boost mobile broadband capacity.

Continue to leverage traditional auctions combined with viable secondary markets to ensure not only an adequate supply of spectrum but also that spectrum is used with maximum efficiency and timeliness.

Allocate spectrum in large blocks based on technically-driven criteria to alleviate constraints caused by the crowded, fragmented legacy-spectrum zoning map.

Conduct principles-based license renewal reviews as a means to ensure that license holdings and spectrum policies are aligned with changing technological and economic realities.

Deloitte said the United States’ leadership position in 4G is at risk as other countries make significant investments in mobile broadband innovation.

The Deloitte report said America’s innovation in mobile broadband is far from assured, as other countries such as China, India, Japan, Singapore and South Korea are upgrading their wireless broadband infrastructure. These countries have made steady gains over the last decade with government support and investment through tax incentives, research and development (R&D) funding, and end-user subsidies.