Driven by telecom operator Bharti Airtel the installed base of TD-LTE macro base station in India will reach almost one-third of the total world market this year.

The TD-LTE market in India is significant. While the TD-LTE installed base in India grows at a double digit rate, this share will remain relatively constant as other countries deploy TD-LTE, ABI Research’s Nick Marshall told TelecomLead.com.

The following chart is a forecast by Ovum. 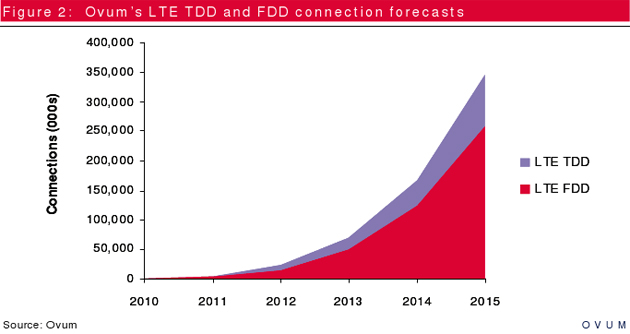 Currently, there’s lot of 4G action in Asian telecom markets. For instance, Korea’s SK Telecom is upgrading its networks to LTE-Advanced (LTE-A). World’s largest telecoms China Mobile is deploying a TD-LTE network and issuing a tender for over 200,000 base stations.

With this, according to ABI Research, TD-LTE and LTE-Advanced are set to dominate the LTE installed base of macro base stations as early as 2015.

While FD-LTE will continue to represent a majority of LTE installations it is the rapid growth in LTE-A and TD-LTE subscriptions which will drive this change.

LTE-Advanced will progress in a phased rollout with Carrier Aggregation implemented first, followed by the eICIC, CoMP, Enhanced MIMO, and HetNet support features which will all help operators address the upsurge in network traffic.

Though Japan, South Korea, and China in the Asia-Pacific region will have the largest LTE macro base station installed base in 2015, followed by Western Europe and North America, North America will account for the majority of the LTE-Advanced installed base.

LTE-Advanced installed base in North America will be driven by operators such as Verizon, AT&T, T-Mobile/MetroPCS, and Softbank/Sprint which all have hinted at plans to introduce LTE-Advanced in the very near future. 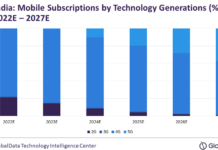