British telecom regulator Ofcom has revealed the 4G Internet performance of EE, O2, Three and Vodafone in the UK. 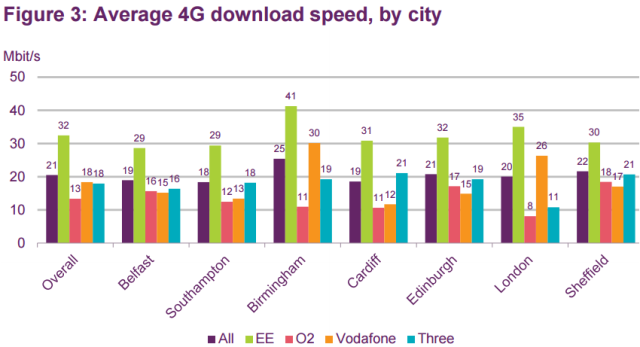 Ofcom, according to the above chart, has revealed the performance of EE, O2, Vodafone and Three is key cities.

Ofcom said there was little difference in 4G web browsing speeds and successful web page loading rates across all MNOs, with an average 98 percent success rate. On average 94 percent of download tests achieved speeds of over 2Mbit/s.

The vast majority of download tests achieved speeds of over 2Mbit/s, with the results showing an average download speed of 21Mbit/s across the seven cities. EE provided the fastest average speed at 32Mbit/s.

The vast majority of calls were successful throughout our test period, with 99 percent of calls being completed on Three and Vodafone, 98 percent on EE and 97 percent on O2. Results for voice call performance tests were consistent across MNOs and cities and ranged from 95 percent to 100 percent. 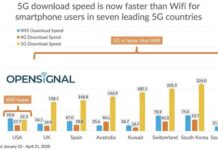