The major contract with Telecom New Zealand is coming to Huawei at a time when the Chinese telecom equipment maker is facing tough market conditions in neighbouring Australia due to security related issues.

Media reports suggest that Telecom New Zealand dumped Alcatel-Lucent which came under fire in 2009 as the architect of Telecom’s XT network, with a spate of outages costing it $15 million in compensation packages to disgruntled customers.

Telecom plans to launch its 4G LTE network on its Auckland smartphone network in October, with a roll-out to Wellington and Christchurch by Christmas, and half the nation covered during 2014.

The contract will bolster Huawei’s presence in New Zealand, where it has built the mobile network for 2degrees, while Vodafone uses Huawei equipment in its fixed line network in the country, Reuters reported. 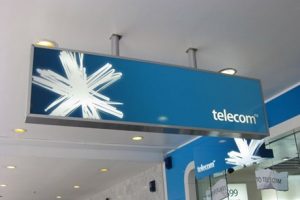 Huawei has increased sales and gained market share in Europe, Africa and Asia, muscling in on rivals such as Alcatel-Lucent by offering lower prices.

David Havercroft, Telecom New Zealand’s chief technology officer, said: “Huawei’s selection was based on two main factors. The first is that they have extensive experience, having built 73 LTE networks in 42 countries.”

Telecom New Zealand’s announcement comes as it slashes more than 1,000 jobs to cut costs as part of its restructuring efforts, as the company struggles to compete on broadband pricing and in its business operations.

Telecom was trialing both companies in its 4G pilot in preparation for a government auction of 700 megahertz radio spectrum that was coming free as analogue television services are switched off.

The government’s radio spectrum auction if forecast to boost the economy by between $1.1 billion and $2.4 billion over two decades through lower costs of mobile network deployment, according to Ministry of Economic Development estimates.