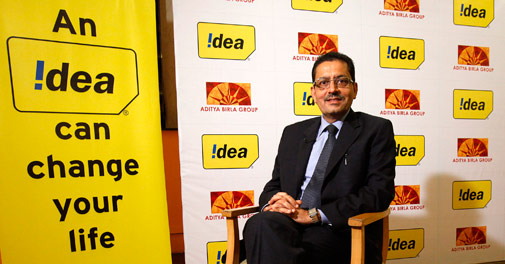 The Aditya Birla group company plans to expand its wireless broadband coverage by offering 4G services to 20 circles in FY 2017.

The launch of Jio 4G across the country is forcing rival telecom network operators to enhance their Capex programs.

Vodafone last week said it expanded 4G footprint to 9 circles by launching services in 4 new circles. With the spectrum bought recently, Vodafone will roll out the Vodafone SuperNet 4G to 2400 towns and in 8 additional circles by March. Vodafone India is making investment to expand network with a strong backhaul, to support the need for speed from both retail and enterprise customers.

Idea Cellular today said it will have a Capex (capital expenditure) of Rs 7,500 crore to 8,000 crore. During the recent spectrum auction, the company spent Rs 13,000 crore to acquire spectrum.

Idea Cellular will be adding nearly 57,000 sites this year to launch 4G in 9 circles and expand wireless broadband on a pan-India level.

With the launch of 4G services in UP West, UP East, Gujarat, Mumbai, Bihar, Rajasthan, West Bengal, Assam and Jammu & Kashmir where spectrum was acquired in the recent auction – Idea will expand its 4G network to 20 circles in FY 2017.

Currently, Idea’s wireless broadband network is spread across 17 circles with a population of over 880 million, with 50 percent of this population already covered. The company plans to achieve a network of nearly 250,000 sites and optical fiber network of 1.41 lakh Km this FY.

Idea Cellular’s 4G footprint, by the end of this year, will cover 20 circles contributing 94 percent of the company revenue and 90 percent of industry revenue.

“I am confident that our strengths of stable, reliable and legendary operational execution coupled with agile and adaptive work style, will keep us ahead of the curve as we move into the next phase of telecom industry revolution driven by Digital,” said Himanshu Kapania, managing director of Idea Cellular.