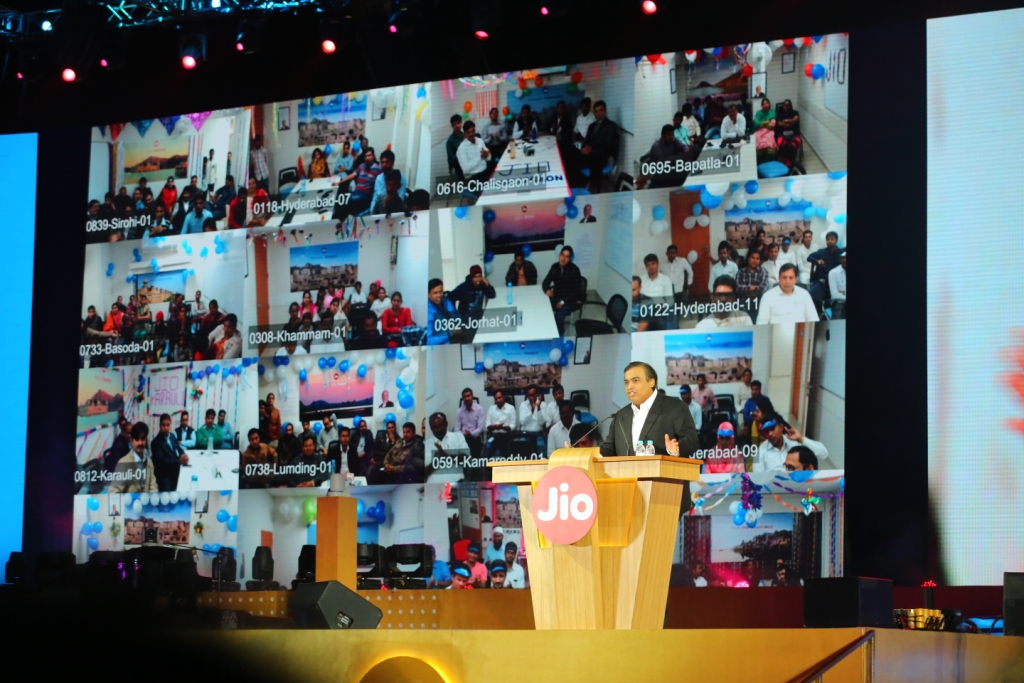 The launch of the Reliance Jio 4G broadband services to its 1 lakh-plus employees and their families has become a show for Mukesh Ambani and RIL family members.

Mukesh Ambani, who earlier tried to bring out telecom revolution in early 2000s, by competing with Sunil Mittal’s Bharti Airtel, Ravi Ruia’s Vodafone Essar (now Vodafone India) and Kumar Mangalam Birla’s Idea Cellular, is back in the Indian telecom market with the soft launch of 4G  service. Commercial launch will happen in the next six months.

Mukesh Ambani, who gave up the struggling Reliance Communications to younger brother Anil Ambani while splitting the assets, today focused on the family — his own and members of RIL — when he announced the launch in Navi Mumbai.

First, the billionaire Mukesh Ambani introduced Jio on the eve of the 83rd birth anniversary of founder chairman Dhirubhai Ambani.

Third, RIL invited its resources and their family members.

RIL said it was the first employee-only, partner-consumer initiative to have happened in the history of corporate India.

The company connected the event with more than one lakh employees in 1,072 centers across India, and one in Dallas, US – Reliance Jio’s network. 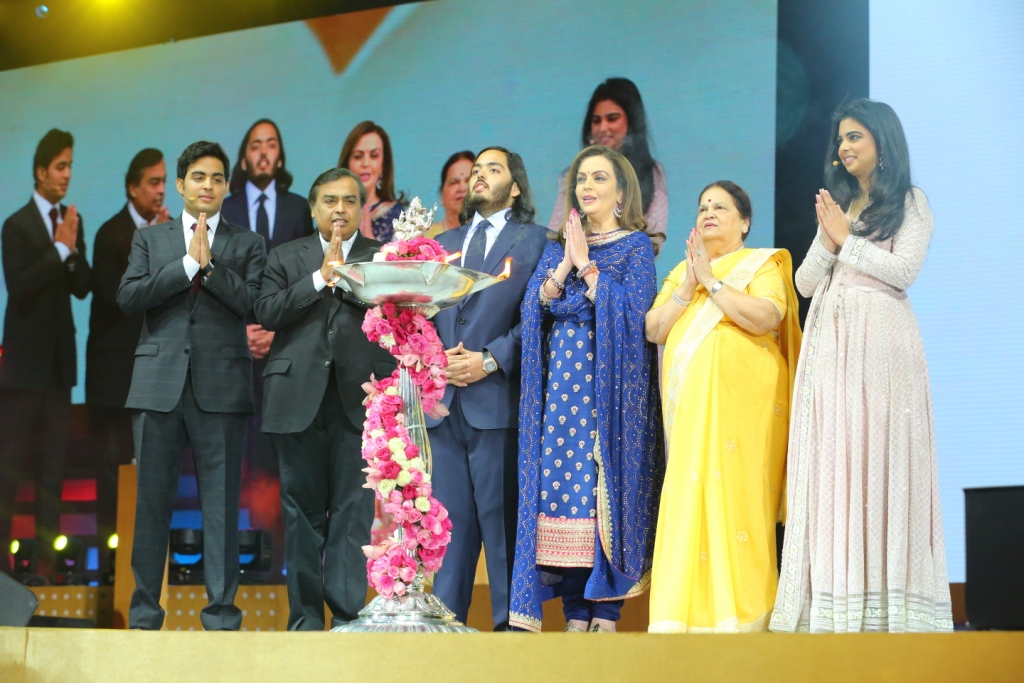 “RIL launch event was reflective of a miniature India, with people from all walks of life, from various backgrounds engaged simultaneously. With this employee launch, Jio became the one common strand that runs through every single employee, entwining them together,” said RIL in a statement issued on Sunday evening.

Reliance Jio Infocomm did not invite journalists to cover the event.

“Today on the eve of the 83rd birthday of Dhirubhai, it is my privilege to invite all our Reliance families and friends to be the first to experience Jio’s services. While you enjoy Jio Digital Life, I am also counting on you, as part of my family, to be part of co-creating the best experience for all our customers,” said Ambani.

Mukesh Ambani feels there will be a broadband boom in India. He cited the poor broadband network in India.

India is ranked around 150 in the Internet and mobile broadband penetration out of 230 countries. “Jio is conceived to change this. 1.3 billion Indians cannot be left behind as the world enters a new era. We have the youngest population in the world. Give them the tools.  Give them the skills.  Give them the environment. They will surprise us,” Ambani said.

“With the launch of Jio, India’s rank will go up from around 150 to among the top ten in the next few years for internet and mobile broadband penetration,” Ambani said.

The event saw the Old Reliance, the traditional projects and production powerhouse (B2B), joining hands with the New Reliance, the consumer-facing business of retail and digital services (B2C), to celebrate the employee launch of Jio, elevating them all on to a common digital platform where they will be living the same Digital Life.

What Jio did not say?

The press release did not talk about the 4G broadband speed of Jio. It also did not mention about the launch date for masses in India.