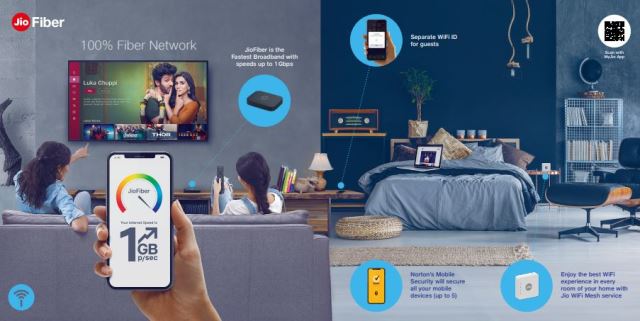 Reliance Jio added 24 million subscribers during the quarter and 103 million during the previous twelve months.

Jio has achieved more than 3x increase in voice and data traffic on its network, over the past two years.

After trials of FTTH services, Jio rolled out Home and Enterprise services on 12 August 2019. It has received interest across the 1,600+ cities where the services would be launched initially.