AT&T on Wednesday said its capital spending (Capex) rose 21 percent to $5.9 billion in the third quarter of 2013 from $4.87 billion in the same period last year.

The telecom giant is investing heavily in 4G LTE network. As part of its Project VIP-related LTE deployment, the company now covers nearly 250 million POPs in more than 435 markets. AT&T LTE network is expected to cover approximately 270 million POPs by year-end 2013 and to be substantially complete by the summer of 2014. 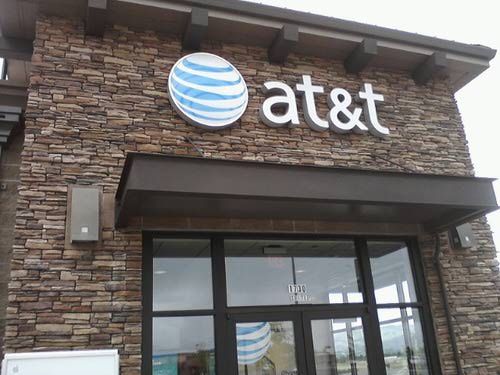 In the first nine months of the year, capital expenditures were $15.8 billion as project VIP investing rose, AT&T said.

The telecom operator, during a analyst call, said data is now at $22 billion annualized revenue stream and it’s growing at nearly 18 percent. Data helped drive 3.7 percent service revenue growth this quarter. Total wireless revenues were up more than 5 percent in the quarter.

Last November, AT&T, which competes with Verizon Wireless, laid out a spectrum strategy to boost LTE. The telecom service provider is looking ahead to future SEC auctions to address longer term spectrum needs. 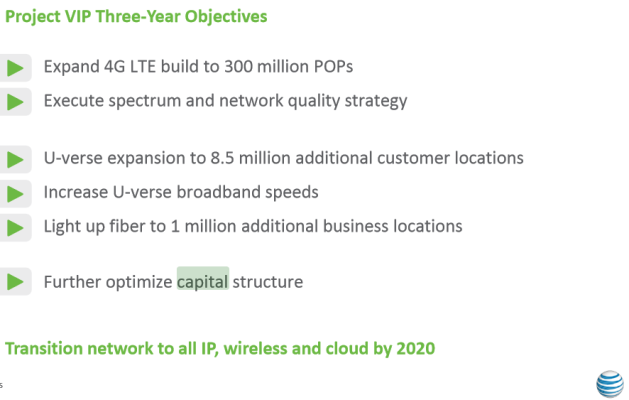 AT&T has also begun deployment of 100 percent fiber broadband network in Austin, Texas that will deliver speeds up to one gigabit per second.

On the business side, fiber build to multitenant buildings now reaches about 200,000 new customer locations.

Wireless revenue, which includes equipment sales, grew 5 percent to $17.5 billion. AT&T added nearly 1 million net wireless subscribers in the third quarter. It added 566,000 wireless devices to its contract-based plans, which are the most lucrative. Of these 178,000 were smartphones and the rest tablets, which carry lower monthly fees than phones. 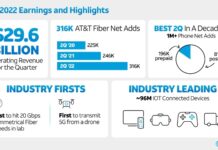 AT&T reveals hike in Capex focusing on 5G and fiber