Telecom Lead Asia: M1 targets both retail and enterprise users for its 4G services. The nationwide LTE launch, powered by Huawei, is the first in South East Asia. 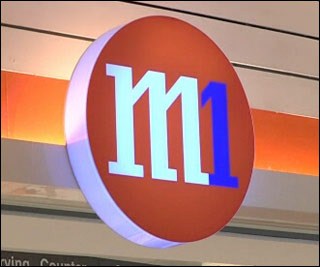 M1 will compete with SingTel in the Singapore 4G market. Ericsson is the technology vendor for SingTel. The SingTel 4G/LTE networks is deployed on both the 1.8GHz and 2.6GHz frequency bands with 80 percent coverage by the end of this year and full island wide coverage by early 2013. SingTel will also deploy heterogeneous network solutions, including small cells designed to cater to high-traffic areas.

“Partnering with a leading carrier such as SingTel is of key importance to Ericsson as SingTel is one of the most advanced carriers in the region. I’m delighted with SingTel’s continued trust in us as key supplier, and I believe this collaboration shows how Ericsson can help operators to successfully execute large and demanding projects. This reaffirms our leadership in the 4G/LTE market and extends our long-standing relationship with SingTel, which dates back to 2003,” said Nicholas Seow, president and country manager for Singapore and Brunei at Ericsson.

In June, SingTel launched 4G services for mobile phones and for tablets in August. Industry reports suggest that there will be a price war between SingTel and M1 in Singapore. Another competitor StarHub has not yet launched 4G LTE services. It will launch the first phase of its LTE network soon in key business areas, including Changi Airport, Marina Bay, Suntec and Shenton Way.

M1’s 4G service, operating on its advanced dual band network in the 1800MHz and 2600MHz spectrum, will encompass both street level and in-building coverage.

Speed matters a lot to customers. With M1’s 4G network, mobile users will be able to enjoy faster data access on their smartphones, tablets and other mobile devices, with theoretical download speeds of up to 75Mbps, and typical download speeds at fixed locations ranging from 6.9Mbps to 17.4Mbps.

“We are excited to be the first in South East Asia to offer nationwide 4G service. This launch marks another first in M1’s milestones, which includes being the first to commercially launch nationwide 3G mobile service in February 2005, mobile broadband service in December 2006, as well as 4G service within the financial district in June 2011. We will continue to drive innovation in our network and services to ensure our customers consistently enjoy a better experience with us,” said Ms Karen Kooi, chief executive officer, M1.

Customers on M1’s 4G network will be able to enjoy 4G roaming services in Hong Kong with its partner, SmarTone Telecommunications Holdings. More countries and operators will be added in the near future.

“We are delighted to continue the successful partnership with M1 and to help M1 build an advanced world-class LTE network, while assuring an efficient, sustainable and future-proof network operation.” said Ying Weimin, president of GSM&UMTS&LTE Network, Huawei.