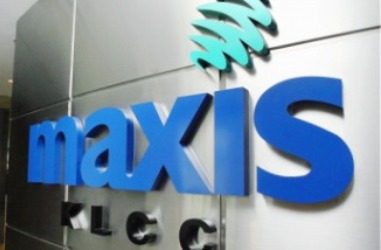 4G/LTE will be a big game changer for Maxis. During Q3 financial result, Maxis said its Capex will accelerate in Q4 2012. However, overall 2012 Capex is expected to be below guidance.

Maxis’ network modernization is ongoing on a prudent basis.

Its Q3 revenue grew 1.9 percent, while non-voice was 45.4 percent of revenue. 4G roll out is significant for the company as it can improve non-voice revenues from the current levels.

IPTV and Fiber bundles with Astro will be launched on Maxis’ own fiber footprint by end of Q4 2012.

Its data initiatives are paying well. Y-o-y data growth was 7 percent on back of growth in mobile internet and WBB.

Recently, the regulator allocated the 2600 megahertz (MHz) spectrum for LTE in the country.

Maxis CEO Sandip Das said: “The grant of 4G LTE spectrum by the Malaysian Communications and Multimedia Commission (MCMC) is an important milestone in our country’s telecom journey, heralding the introduction of super high-speed data networks using LTE technology. Now, we are all set to launch 4G LTE services in Malaysia and look forward to rolling out these networks across various parts of the country in the next few years.”

Maxis has been conducting trials for LTE services for the last two years. It had conducted LTE networking tests in a live network environment using devices to ensure performance standards and user experience is optimal.

Besides building out its own network, Maxis had in July 2012 signed an agreement with Redtone to build common infrastructure to ensure a strong suite of LTE spectrum that will give both parties the coverage they require.

Maxis believes that network sharing is key to the deployment of networks faster across the country while optimizing industry investments and avoiding duplication.

Rival mobile operator Celcom will invest $98.5 million to support the ongoing modernization and development of its LTE network before introducing its LTE services in January 2013.