Ministry of Railways in India has proposed to install a LTE based network — by using a free 700 MHz band — along their rail network for communication. 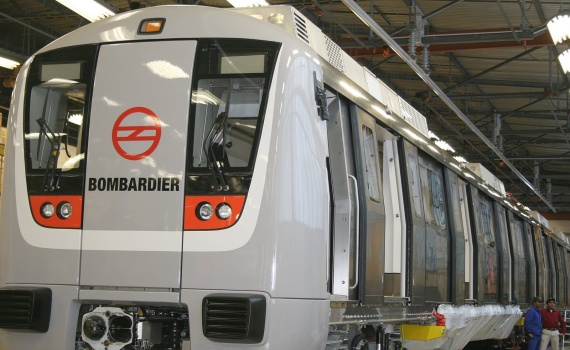 Ministry of Railways has requested Department of Telecommunications (DoT) to reserve 15 MHz of spectrum in the 700 MHz band for this purpose. The ministry wants the telecom department of allocate 10 MHz free of cost as this proposal does not have any commercial gain.

DoT has also requested Indian telecom regulator TRAI to provide recommendations on administrative allotment of spectrum to Indian Railways and the quantum, price, appropriate frequency band (including 450-470 MHz band) and any other related issue.

Indian Railways has a network of over 66,000 Route Km connecting more than 8,000 stations on which 21,000 passenger and freight trains run every day to move 8 billion passengers and 1 billion tons of freight annually. Approximately 2.2 crore passengers use trains daily.

DoT said that in case the request of Indian Railways for allotment of 15 MHz spectrum is considered, only 20 MHz spectrum in 700 MHz band will be left for IMT services for the Access network. This may not be sufficient for 4G / 5G services considering that 3 to 4 service providers will be providing services in each service area.

“Reserving 15 MHz spectrum in 700 MHz band for Indian Railways may limit the supply of the spectrum and hamper the growth plans of the telecom operators. Frequency bands below 700 MHz band are not presently available for allotment for IMT services in India,” DoT said.

DoT vide comments provided on 2 November 2018, mentioned that spectrum in 700 MHz band is a valuable spectrum as the reserve price provided by TRAI in their recommendations dated 1 August 2018 on pan-India basis comes out to be Rs 98,520 crore for 15 MHz (paired) spectrum.