Telecom Lead India: Reliance Communications said its 3G subscriber base reached 7.2 million in the fourth quarter of 2013. Reliance is well ahead of Bharti Airtel and Idea Cellular in terms of 3G subscribers.

Both 3G and data consumption is important for Reliance Communications, Idea Cellular and Bharti Airtel since they need to compete with Reliance Jio Infocomm when the company launched 4G this year. 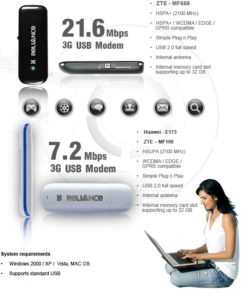