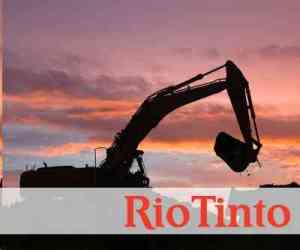 In addition, Alcatel-Lucent is providing dense wave division multiplexing (DWDM) technology on its 1830 Photonic Service Switch (PSS) platform, which has the ability to support speeds of up to 100G (100 gigabits per second) to meet growing data demand into the future.  The network will be managed by the Alcatel-Lucent 5620 Service Aware Manager (SAM) network management solution.

Alcatel-Lucent will also provide Rio Tinto with its leading professional services expertise including project management, design, test and maintenance of the solution.

Orange Business Services will support Rio Tinto users in global offices as well as remote mining locations such as Canga East in Guinea, Ulaanbaatar in Mongolia and Almaty in Kazakhstan.

Alcatel-Lucent said it will enhance the capacity of existing critical communications infrastructure for Rio Tinto in Western Australia, extending it further with 4G LTE and fibre-optic technologies. The enhanced connectivity will support the fast delivery of high-bandwidth data for in-pit mining operations, including asset monitoring and other production and safety systems.

Besides 4G network, Alcatel-Lucent will provide a fiber backbone platform and network management solutions, as well as a range of professional services.

Rio Tinto plans to grow its Pilbara operations to 353 million tons by 2015. The Pilbara region contains some of the world’s oldest rock formations and most significant iron ore reserves, and is a significant contributor to Australia’s strategic natural resources sector.

“This is the first deployment of its kind and is a result of a collaborative and interactive process with Rio Tinto. It will provide a strong foundation for any future rollouts of private LTE networks to enhance operations at other locations,” said Sean O’Halloran, president and managing director of Alcatel-Lucent Australia.