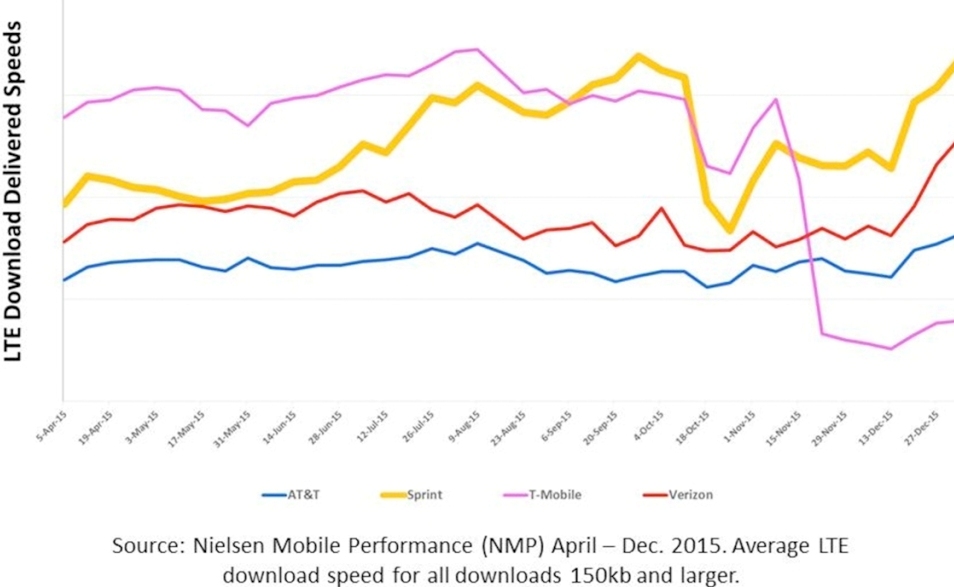 NMP data measures how real consumers are experiencing their wireless network. NMP tracks LTE download speeds as consumers use their devices in day-to-day life, including use of applications such as Facebook, Netflix, YouTube, Snapchat and more.

“Over 75 million downloads, collected from real consumers in cities across the country, show that Sprint wins where it matters – the actual customer experience. Our customers are experiencing a network that’s faster than the competition,” said Sprint CEO Marcelo Claure.

The report is based on more than 75 million mobile download events in October – December 2015 in cities across the country covering more than 270 million people. 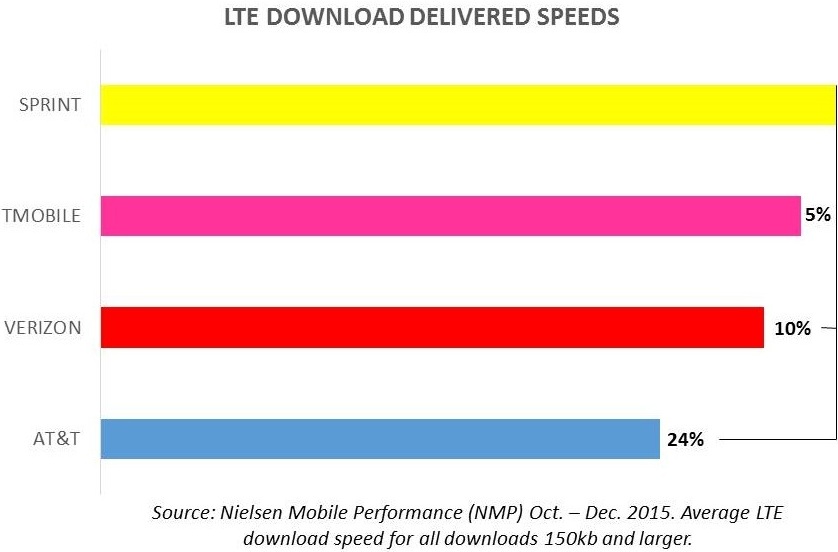 The Sprint LTE Plus Network has doubled to cover more than 150 markets.

# Faster service with double the network capacity and speed, and peak speeds in excess of 100Mbps on capable devices