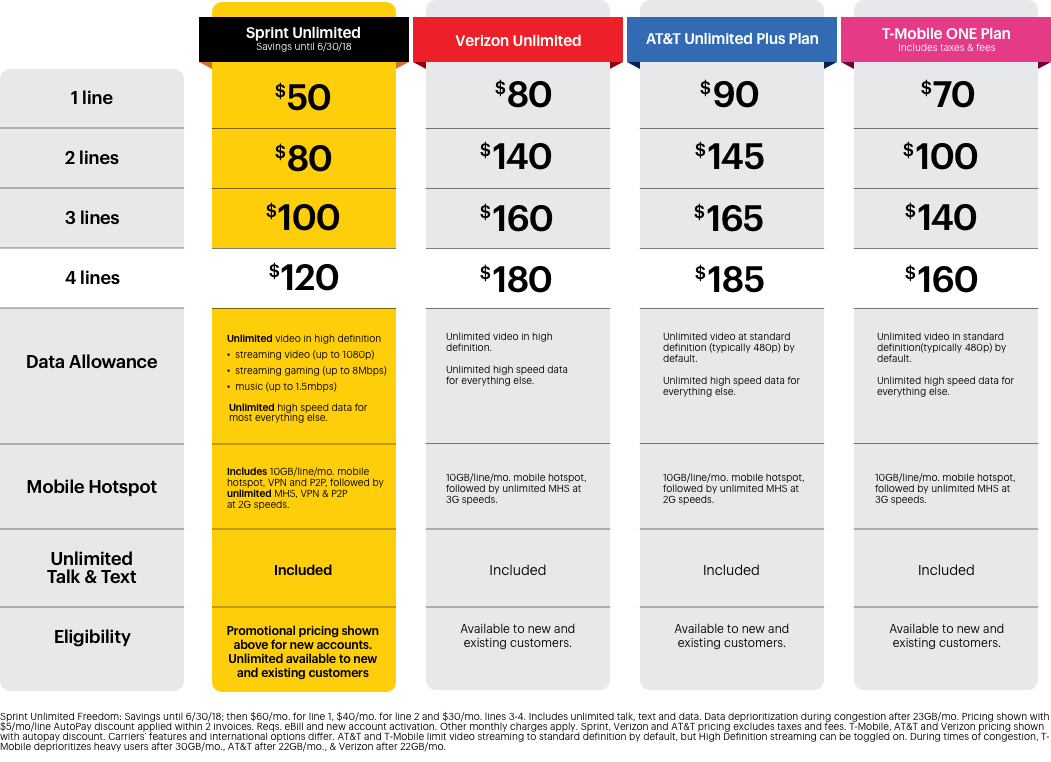 Telecom operator Sprint on Thursday announced new pricing for its Unlimited Freedom plan and the removal of other plans.

Sprint has more than 160MHz of 2.5GHz spectrum in the top 100 U.S. markets to cater to the mobile data demands.

“More than 90 percent of our customers are already choosing Unlimited,” said Roger Sole, chief marketing officer at Sprint. “During the past few months, we’ve seen other national wireless carriers offer unlimited plans, but their offers don’t match the value we provide.”

Sprint is stopping its previous Unlimited promotion tonight. The SoftBank owned telecom operator is also retiring its “50 percent off” plan that was launched in 2015.

“Sprint has been the only mobile operator in the U.S. sticking to unlimited data plans for customers all these years,” said Harry Wang, senior research director-Parks Associates.