T-Mobile has made investment to expand LTE network speed and coverage in Atlanta ahead of Super Bowl LIII, permanently enhancing capacity by up to 8x at key locations. 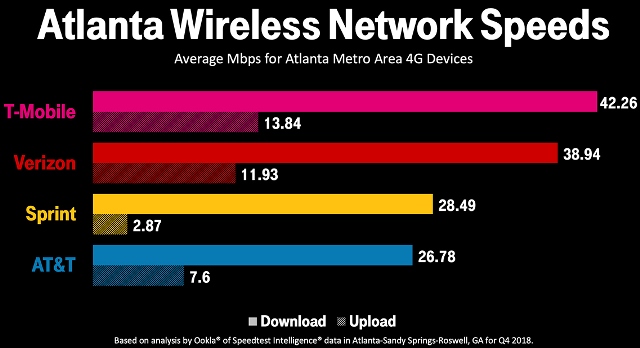 The third largest telecom carrier also doubled LTE capacity at SunTrust Park and enhanced the network throughout Midtown, Downtown and around the stadium and tailgate areas.