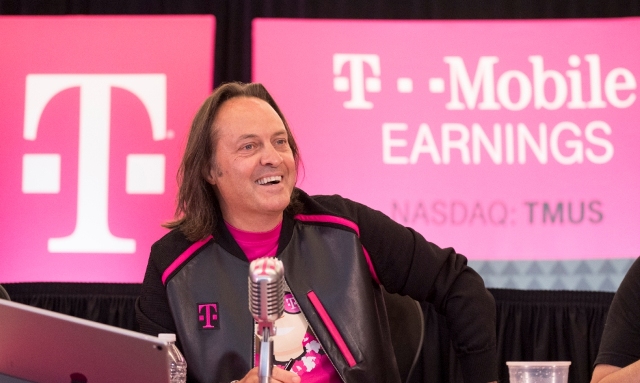 Telecom operator T-Mobile has used Nokia equipment to light up its 600 MHz LTE network in Cheyenne, Wyoming — on the low-band spectrum won in the US government broadcast incentive auction earlier this year.

Starting in rural America and other markets where the spectrum is clear of broadcasting today, T-Mobile plans to deploy the new spectrum in six months.

Those deployments and other network upgrades will help the Un-carrier increase total LTE coverage from 315 million Americans today to 321 million by year’s end.

Nokia and Qualcomm have launched new technology, and both Samsung and LG plan to launch phones that tap into this 600 MHz LTE spectrum in the fourth quarter of this year.

T-Mobile is working closely with the FCC and broadcasters like PBS to clear the spectrum in record time, investing where necessary to preserve programming consumers care about while paving the way for new wireless coverage and competition for consumers.

“This team broke every record in the books with the speed of our 700 MHz LTE deployment, and we’re doing it again. T-Mobile is effectively executing in six months what would normally be a two-year process,” said Neville Ray, chief technology officer for T-Mobile.

“We knew this spectrum would be key for covering wide areas, providing bandwidth in hard-to-reach places, augmenting capacity and improving data speeds, so we began testing and readying 600 MHz network infrastructure equipment and software long before the incentive auction was over,” said Rajeev Suri, president and chief executive officer of Nokia.

T-Mobile has doubled its LTE coverage since 2015, and its newly acquired low-band spectrum will broaden its LTE footprint even further — and lay the foundation for the country’s first nationwide 5G network.

T-Mobile owns 31 MHz of 600 MHz spectrum licenses that can cover every single American across the nation with low-band spectrum that reaches twice as far and is four times better in buildings than mid-band.