T-Mobile US on Thursday said its 4G LTE network now reaches 157 million people in 116 metro areas across the United States.

As promised earlier, T-Mobile’s target is to offer nationwide 4G LTE network coverage by the end of the year, reaching 200 million people in more than 200 metropolitan areas.

The telecom major also announced JUMP! that enables users to upgrade their phones when they want, up to twice a year as soon as six months from enrollment. 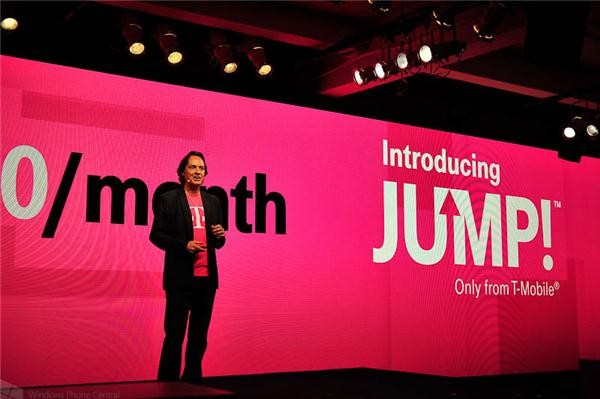 “At some point, big wireless companies made a decision for you that you should have to wait two years to get a new phone for a fair price. That’s 730 days of waiting. 730 days of watching new phones come out that you can’t have. Or having to live with a cracked screen or an outdated camera,” said John Legere, president and CEO of T-Mobile US.

The company also unveiled a program enabling families to get four phone lines with unlimited talk, text and Web and up to 500MB of high-speed data for only $100 per month — with no credit check or annual service contract required.

Due to its special strategies, the company has nearly tripled its flow of postpaid net-new customers from AT&T since March. Market data shows T-Mobile is gaining more net-new customers in May than each of the other major wireless carriers.

JUMP! offers the freedom to upgrade to a new device more affordably and protects against malfunction, damage, loss or theft — for $10 per month per phone (plus taxes and fees). That’s $2 more than most customers have been paying for handset protection alone.