Warid Telecom CEO Muneer Farooqui said: “Warid is gearing up for the 4G LTE launch with the best available network solutions and Ericsson has been committed to provide us with the technologies and services.”

Warid Telecom 4G will be initially available in five key cities including Lahore and Islamabad.

Tariq Gulzar, chief financial officer, Warid Telecom, said: “Over the next five years we are investing over $470 million. We have recently invested over $100 million in LTE.”

Warid Telecom has started an internal trial to test the network capacity and service reliability.

The company has already started delivering free 4G LTE SIMs to its subscribers who have 4G LTE enabled handsets.

The company also unveiled its 4G LTE logo during the ongoing GITEX Technology Week 2014 in Dubai on Sunday.

Pakistan is in the midst of an internet revolution, at the heart of which is the increasing uptake of smart devices and mobility. Connectivity via handsets already exceeds the number of connections through fixed line, and majority of first-time users experience the internet for the first time through their smartphones. 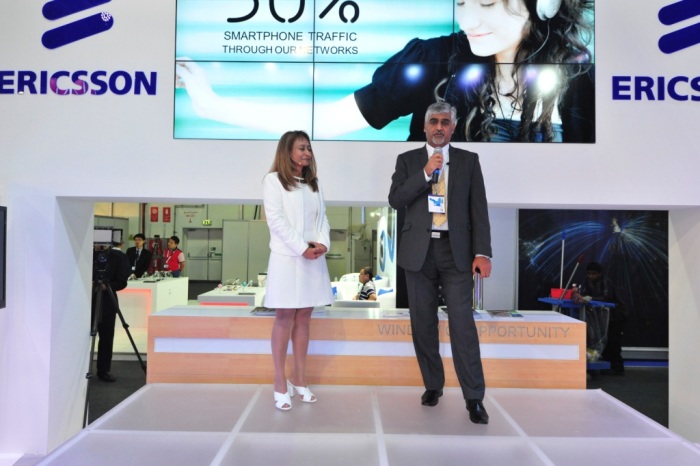 Warid Telecom does not have 4G license

The Abu Dhabi Group-owned Warid, the only mobile operator that refrained from participating in the recently concluded mobile spectrum auction in Pakistan, will now directly jump from 2G services to 4G technology.

This follows media reports suggesting that Warid Telecom would launch 4G without participating in the 4G auction.

The meeting discussed the reports of Warid Telecom launching 4G services without participating in Next Generation Mobile Services Award (NGMSA).

“Though the existing license of Warid is technology neutral, it would properly seek PTA’s consent. PTA will look into such a request based on the license conditions and in the best interest of the cellular industry and 3G and 4G,” PTA said in Apri.

PTA said that 4G LTE services by the existing licensee will have to go through a process as per their license conditions as well as requirements of assuring proper coverage and quality of service, enhanced monitoring requirements and commencement permission by PTA.