The June 2019 edition of the Ericsson Mobility Report forecasts that there will be 1.9 billion 5G subscriptions in 2024 against 10 million in 2019. 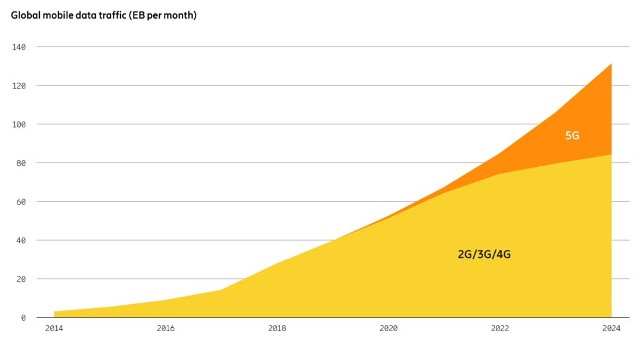 5G coverage is forecast to reach 45 percent of the population in 2024. This could surge to 65 percent, as spectrum sharing technology enables 5G deployments on LTE frequency bands, said Ericsson.

The Middle East and North Africa will have around 60 million 5G subscriptions by the end of 2024, representing 3 percent of total mobile subscriptions.