5G mobile operators are going to face huge power bill as 5G base station consumes up to twice or more the power of a 4G base station, according to Matt Walker, chief analyst at MTN Consulting. 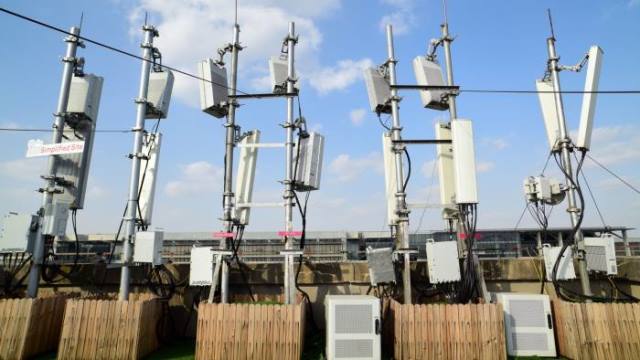 Telecom operators spend 5-6 percent of their operating expense (Opex) — excluding depreciation and amortization (D&A) — on energy costs, usually reported as utilities. There will be pressure on this ratio since telecoms are investing in 5G networks, says MTN Consulting.

381 mobile operators in 123 countries announced they were investing in 5G. There are 70 commercial 5G networks in the world, according to the latest GSA report.

A typical 5G base station consumes up to twice or more the power of a 4G base station. The disparity can grow at higher frequencies, due to a need for more antennas and a denser layer of small cells. Edge compute facilities needed to support local processing and new Internet of things (IoT) services add to overall network power usage.

Telecom operators will need to take actions at the organizational, architectural, and site levels to reduce pressure from the increase in their energy bills.

China’s Ministry of Industry and Information Technology (MIIT) said the country has installed 130,000 base stations in 2019. Analysts expect that figure will increase to more than 600,000 this year.

China Mobile chairman Yang Jie said the carrier would build 250,000 base stations this year and dedicate 100 billion yuan or $14.13 billion to 5G investment.

South Korean carriers — SK Telecom, LG U+ and KT — added about 400,000 new 5G customers in February, government data showed, an increase from 290,000 in the preceding month.

Mobile operators need to address network power costs now to be ready for 5G’s growth when it comes. The focus should be on the radio access network (RAN), including macro base stations and more newly built small cells.

RAN is about 80 percent of total mobile network costs, and macro base stations account for the bulk of RAN power costs.

Telecom operators spent over $80 billion on energy costs in 2018, about 5.6 percent of Opex, MTN Consulting said. 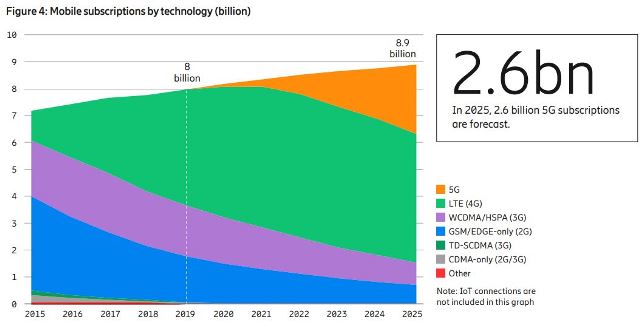 Ownership of data centers also affects an operator’s electricity burden. Electricity costs are generally about half of a data center’s total cost of operations. In 2019, Huawei estimated a slightly larger figure, 60 percent, with 30 percent going to capital expenditures (Capex), 5 percent to labor, and 5 percent to site rental costs.

By contrast, mobile base stations use far less power. Nokia’s 2018 estimate was that electricity was about 15 percent of total mobile network Opex, while site rental was 36 percent.

5G will double to triple energy consumption for mobile operators, once networks scale. Unicom’s research institute says overall 5G power consumption will be more than three times the level of the 4G consumption. The typical 5G site has power needs of over 11.5 kilowatts, up nearly 70 percent from a base station deploying a mix of 2/3/4G radios

Beyond the 5G RAN itself, telecoms are also investing in edge computing resources as they develop new IoT services. With 5G, the power distribution will require hundreds of thousands or even millions of micro data centers globally, according to Schneider Electric. Powering these sites will add to the telecoms utility bill, and add a layer of complexity to network operations as edge power costs need to be minimized.

ZTE, which has won 46 commercial 5G contracts in major telecom markets, recently said it has reduced the power consumption of the 5G network equipment by 30 percent with new-generation chipsets and high-efficiency power amplifiers.

Huawei, Ericsson and Nokia are the top three worldwide 5G RAN suppliers in 2019, according to a report from Dell’Oro Group.

“The migration from LTE to 5G NR accelerated at a torrid pace throughout 2019. These trends will extend into 2020, propelling the RAN market to advance for a third consecutive year,” Stefan Pongratz, vice president at Dell’Oro Group, said.

However, Li says 5G base stations are carrying five times the traffic as when equipped with only 4G, pushing up power consumption. He claimed that the Shanxi and Guangdong provincial governments were offering electric power subsidies for 5G, and urged others to do the same.

Both China Unicom and China Mobile have implied that 5G power costs could be triple what is currently spent in a 4G world. These two operators spend around 7 percent of Opex on utilities. A tripling would imply 21 percent of Opex on power in three to five years from now, once 5G is more universal.

AT&T is expected to announce a major cost-cutting plan in April or May of 2020, and energy will play a part, says MTN Consulting.

John Stankey, president and chief operating officer of AT&T, noted that the company is a big buyer of electricity every year to run our infrastructure, and that it has some things it can do to take advantage of different serving architectures and incentives that are out there to lower some of our energy costs.