The latest Opensignal report indicates the 5G download speed of AT&T, T-Mobile, Verizon and Sprint in the United States. 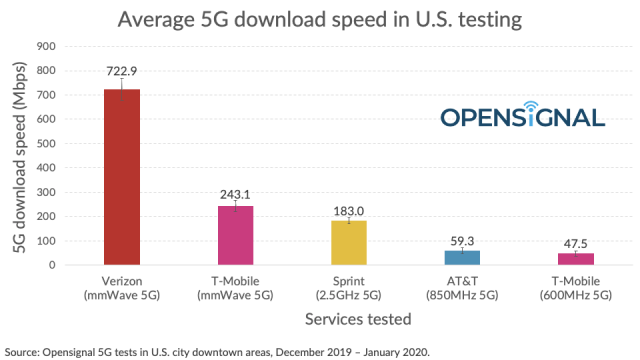 U.S. carriers’ 5G services are held back by 5G spectrum availability. Some services are ultra-fast but they offer limited reach. While others are much slower due to limited spectrum but have much better reach. U.S. carriers need the release of large chunks of mid-band spectrum to offer the best of both worlds and for 5G in the U.S. to hit its potential, Opensignal said.

There’s lots of confusion around 5G, in part because each U.S. carrier has taken a different initial approach to 5G. Some 5G services use brand new high frequency mmWave spectrum that’s never been used for cellular before, others are re-using mid-band spectrum, while some have launched in the low-band spectrum that’s normally best for wide coverage.

Opensignal recorded the fastest average 5G download speed of 722.9 Mbps on Verizon’s 5G mmWave network, followed by T-Mobile’s mmWave with 243.1 Mbps, and Sprint at 183.0 Mbps on its 2.5 GHz 5G network.

AT&T and T-Mobile’s low-band 5G networks clocked average download speed of 59.3 Mbps and 47.5 Mbps respectively, confirming that the type of 5G service and the spectrum used for 5G has a major impact on the speeds a user will see. 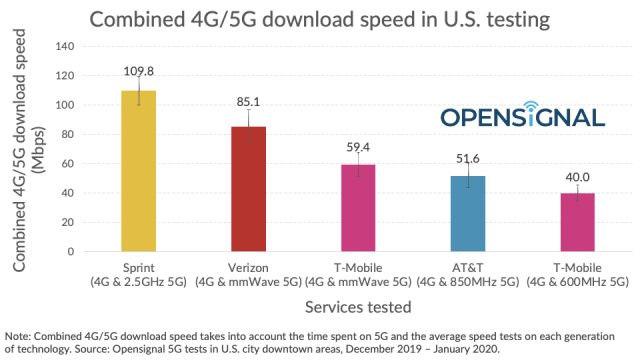 mmWave high-band 5G: Verizon, T-Mobile and AT&T launched mmWave 5G networks across a number of cities, although AT&T’s service is only available to business customers and select early adopters.

Mid-band 5G: Sprint is using its mid-band 2.5 GHz for 5G and possesses enough spectrum to deliver hundreds of Mbps in speed, with a decent signal propagation. Sprint states it has citywide coverage in locations where it has launched its service.

Low-band 5G: T-Mobile and AT&T re-used 4G spectrum from their 850 MHz and 600 MHz holdings and launched 5G services using low-band spectrum in December 2019. U.S. operators have been more conservative in their speed claims for low-band 5G services, but they will offer much wider coverage when compared to high and mid-band 5G. 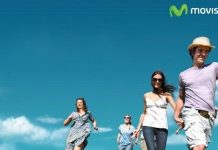 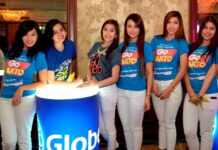