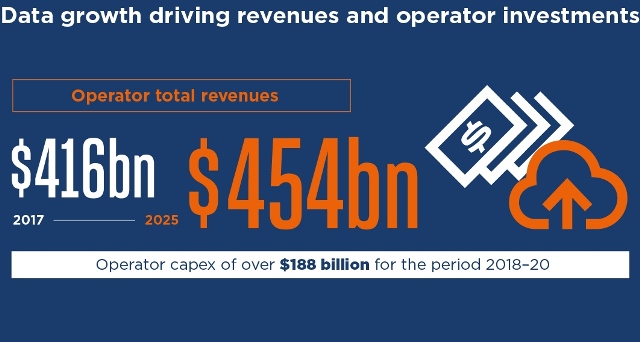 India, which is home to telecom operators such as Bharti Airtel, Idea Cellular, Vodafone, BSNL and Reliance Jio, did not find a space in the 5G report from GSMA.

Telecom operators are expected to launch 5G networks in these markets beginning next year. The number of 5G connections will reach 675 million by 2025 the Asia region, representing more than half of the global 5G.

Capex of telecom operators in Asia Pacific region will be $188 billion during 2018-2020, GSMA estimates.

Mobile operators in Asia will invest almost $200 billion over the next few years in upgrading and expanding their 4G networks and launching new 5G networks in order to accelerate the growth of Asia’s digital economies and societies, according to Mats Granryd, director general of GSMA. 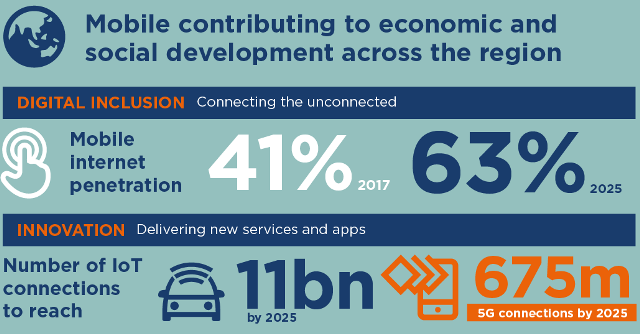 Mobile operators will enhance mobile broadband services, supplementing the capacity and capabilities of existing mobile broadband networks, particularly in dense urban areas with the 5G launches in Asia, based on 3GPP Release 15.

62 percent of Asia’s mobile connections will be running on 4G networks and 14 percent on 5G by 2025. This is due to 4G investment in 4G markets such as Japan and South Korea, as well as emerging markets such as India, Indonesia, Thailand and Vietnam.

Syniverse said that 4G LTE roaming traffic volumes from Asia Pacific to other regions around the globe grew 317 percent in 2017.

Asia had 2.7 billion unique mobile subscribers in Asia, equivalent to about 67 percent of region’s population in 2017. This number is forecast to grow to 3.2 billion (73 percent of population) by 2025, with about half of the new subscribers added over this period coming from India.

China will become the world’s largest 5G market by 2025, accounting for 430 million 5G connections or one-third of the global total, according to GSMA Intelligence.

Chinese operators will focus on dense urban centres initially before rolling out to surburban and rural areas.

There will be reach 3.1 billion IoT connections by 2025, according to GSMA Intelligence.

GSMA Intelligence estimates that there will be 13.8 billion IIoT connections globally by 2025 with China accounting for 65 percent. Greater China accounts for approximately 4.1 billion of these connections or a third of the global market.