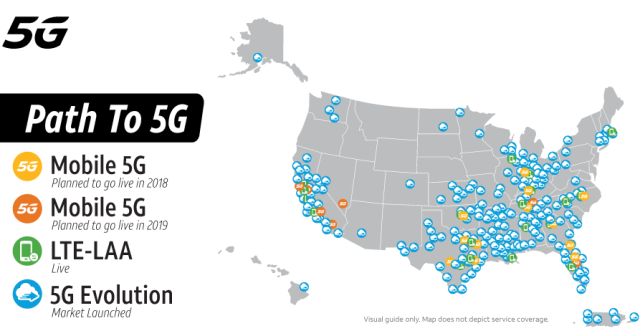 AT&T said it is not expecting any increase in Capex though it started making investment in 5G networks.

AT&T said 5G network speeds have grown substantially than LTE and with ultra-low latency. 5G use cases for AT&T 5G will be IoT, manufacturing, gaming, augmented and virtual reality, among others.

AT&T expects wireless service revenue to grow in 2019 as well.

The free cash flow will be in the $26 billion range with approximately $12 billion remaining after dividends. The company aims to use $12 billion — as well as $6-$8 billion it expects to raise from asset monetization — to reduce debt.

The company plans to lower its net-debt-to-adjusted EBITDA ratio to the 2.5x range by the end of 2019 and to continue deleveraging through 2022. The vast majority of AT&T’s debt is fixed rate, protecting the company against interest rate increases.

Stephens said AT&T will be able to keep EBITDA levels in its Entertainment Group stable in 2019 as the company focuses on cost controls, profitability and retaining customers with offers.

AT&T also expects growth in broadband revenues in 2019 driven by customer additions and ARPU increases as it expands its fiber network. AT&T expects to cover 14 million customer locations, a nearly 30 percent increase from the end of 2018, by mid-2019.