AT&T will start offering a mobile 5G device – powered by its standards-based mobile 5G network built over mmWave spectrum – in the US on December 21. 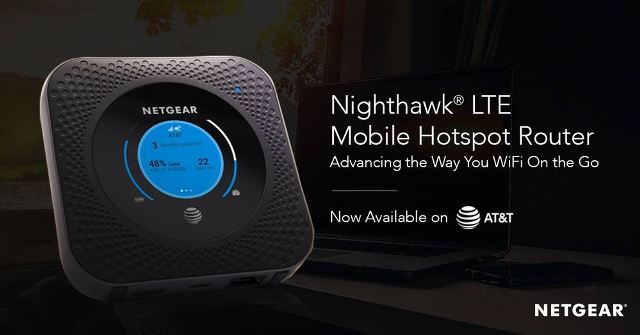 AT&T said its 5G will be available in select areas. AT&T will expand the 5G business once ecosystem is ready with devices.

Verizon, the first operator to go live with a 5G service, has launched its first 5G network earlier this year as a home broadband replacement.

AT&T says its 5G network will be more traditional to mobile wireless networks. AT&T notes in its release that this device will require a 5G compatible data plan. AT&T did not reveal details about these new data plans.

AT&T is in the process of building two 5G networks using mmWave and sub-6 GHz bands. The mmWave network is ideal for faster speeds in less dense areas. The current launch will be on mmWave spectrum.

AT&T’s 5G customers will see enhancements in coverage, speeds and devices in phases. 5G+ will be faster than standard LTE.

AT&T is offering free mobile 5G device plus 5G data usage — at no cost — for at least 90 days to select businesses and consumers.

Customers can buy the Nighthawk for $499 upfront and 15GB of data for $70 a month on a compatible plan and no annual commitment, next spring.

AT&T’s 5G+ will be available in dense urban areas. If the customer is outside of 5G+ network coverage they can access AT&T’s 4G LTE network and 5G Evolution which is in 385 markets on the NETGEAR Nighthawk 5G Mobile Hotspot.

“It’s early on the 5G journey and we’re ready to learn fast and continually iterate in the months ahead,” Andre Fuetsch, president, AT&T Labs and chief technology officer, said.

AT&T is marketing its latest improvements to its 4G LTE network as 5G Evolution and its mmWave 5G network as 5G+. The new Netgear hotspot will support AT&T’s 4G LTE and 5G Evolution networks in addition to the 5G+ network.