AT&T has revealed its 5G customer base, revenue, operating expense and capital expenditure during the third quarter of 2022. 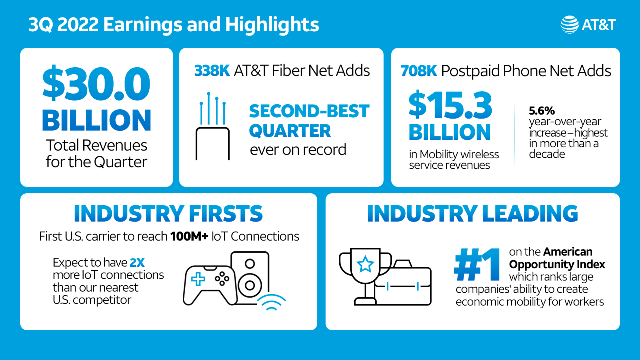 The US-based wireless carrier is betting on the demand for broadband, international roaming, and monthly bill-paying subscribers to help pay off the nearly $134 billion debt on its balance sheet. 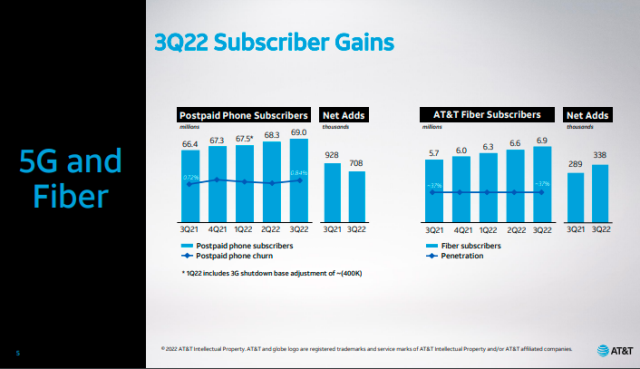 “We’re investing at record levels to enhance our 5G and fiber connectivity and to deliver the best experience available in the market,” said John Stankey, AT&T CEO. “Our results show our strategy is resonating with customers as we see robust levels of postpaid phone adds and approach 1 million AT&T Fiber net adds for the year.”

AT&T said revenues from continuing operations for the third quarter totaled $30 billion versus $31.3 billion in the year-ago quarter, down 4.1 percent reflecting the impact of the U.S. Video separation in July 2021.

AT&T said operating expenses from continuing operations were $24 billion versus $25.1 billion in the year-ago quarter. The prior-year quarter included one month of U.S. Video results as well as 3G network shutdown costs.

AT&T said capital expenditures from continuing operations were $5.9 billion in the quarter, up $1.5 billion year over year.