The latest Opensignal report on 5G indicates that AT&T and Verizon have to improve its 5G network to add more 5G subscribers. 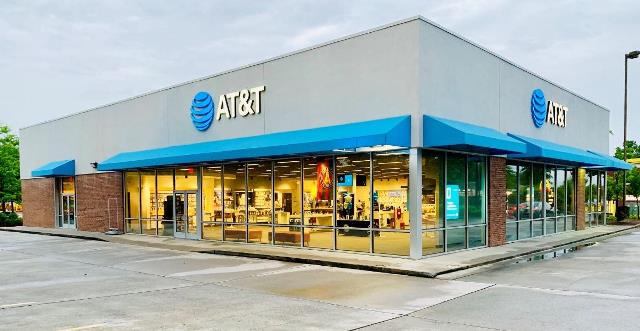 T-Mobile wins its fourth 5G Reach award in a row, this time with a score of 7.4 points on a 10-point scale — which represents an increase of 0.2 points since the October 5G Experience report.

5G Reach represents the proportion of locations where 5G users have connected to 5G out of all the locations those users have visited, on a scale of 0-10.

T-Mobile’s 5G Download Speed continues on its upward trend as users on the carrier clock speeds of 150 Mbps, up from 118.7 Mbps in the previous report. A year ago, T-Mobile users saw a 5G Download Speed score of 58.1 Mbps, but it has consistently increased since then due to T-Mobile’s ongoing deployment of 2.5 GHz spectrum. The carrier has been increasing both its population coverage, as well as the amount of spectrum deployed on that band.

Users on Verizon saw no statistical change since the previous report in their average 5G download speeds of 56.2 Mbps, while AT&T users saw a 2.4 Mbps decline that brought it down below the 50 Mbps threshold at 49.1 Mbps. Verizon and AT&T shared second place in this category in July 2021 5G report as they both scored 52.3 Mbps, but their scores have since moved in opposite directions, with Verizon’s increasing and AT&T’s decreasing.

T-Mobile reported it hit its 2021 goal of covering 200 million people with what it calls its “Ultra Capacity 5G” service which relies on the 2.5GHz band. AT&T and Verizon have little similar mid-band 5G spectrum able to support their users’ experience because they have seen C-band 5G launches delayed.

AT&T and Verizon originally planned to activate their C-band spectrum holdings on December 5, 2021, but have since twice postponed their launches into early 2022 due to concerns raised by the aviation industry that 5G operations in C-band spectrum could interfere with some radio altimeters used for landing aircrafts. Regardless, C-band 5G services now arrive in the U.S. after the data collection period used for this report.

U.S. carriers have also now acquired additional spectrum in the 3.45-3.55 GHz range at FCC’s Auction 110 which concluded its initial phase in November 2021 and has now gone through the final phase. This provides wireless carriers with additional spectrum that could help them boost their users’ experience in the coming years.

T-Mobile wins the 5G Download Speed award for the fifth time in a row, increasing once again its lead on Verizon and AT&T. While in the previous 5G Experience report T-Mobile led by an impressive 62.7 Mbps, this time T-Mobile places at least 93.9 Mbps ahead of its competitors, with users enjoying a 5G Download Speed that’s 2.7-3.1 times as fast as Verizon and AT&T’s scores. T-Mobile users saw average 5G download speeds of 150 Mbps, ahead of users on Verizon and AT&T which scored 56.2 Mbps and 49.1 Mbps, respectively.

T-Mobile remains firmly in first place in the two measures of 5G’s extent — 5G Availability and 5G Reach. T-Mobile users spent 35.4 percent of the time with an active 5G connection compared with 16.5 percent for AT&T users and 9.5 percent on Verizon. Similarly, T-Mobile wins 5G Reach with a score of 7.4 on a 10 point scale, over two points ahead of its nearest rival. 5G Reach represents the proportion of locations a 5G user visits that have a 5G signal.

T-Mobile wins the 5G Upload Speed award for the fifth time in a row with a score of 17.9 Mbps, which shows a 1.8 Mbps improvement compared to our previous report. Verizon places second at 14.1 Mbps after scoring 14.4 Mbps last time, while AT&T follows behind with 9.9 Mbps — a 0.3 Mbps increase since our October 2021 5G report. This means that T-Mobile’s lead on Verizon increased from 1.7 Mbps last time to 3.8 Mbps now.

Verizon keeps ahead in 5G Games Experience with a score of 79.9 points, ahead of AT&T and T-Mobile which scored 72.7 and 72.4 points, respectively. Verizon remains the only U.S. carrier to place in the Good category (75-85). Users on T-Mobile observed the largest increase of 5.3 points in 5G Games Experience compared to the previous 5G Experience report, meaning that T-Mobile went from lagging behind in third place to joining AT&T with statistically tied scores in second place.