Austria, a laggard in the European Union for fast broadband connections, is among the first countries in the bloc to auction 5G licenses. Its first 5G auction is mainly aimed at speeding up data services in densely populated areas, Reuters reported.

The auction divided the country into 12 zones.

Deutsche Telekom’s T-Mobile, Telekom Austria’s A1 and Hutchison Drei secured 5G business licenses in all 12, while four local operators secured 5G licenses in up to three zones each.

Italy, another country in Europe, has raised 6.5 billion euros during a 5G spectrum auction in October after a bidding war among mobile operators.

“We want to be a front-runner in 5G,” telecoms regulator RTR’s managing director Johannes Gungl told a news conference. Asked to explain the size of the bids, he said only that they were where supply met demand.

“We also want this spectrum … to be fully used and for the population and business to be able to enjoy the greater bandwidth,” he added.

The 5G licenses came with a requirement that the three national operators set up at least 303 base stations nationwide as of Dec. 31 next year, rising to 1,000 from June 30, 2022, RTR said. 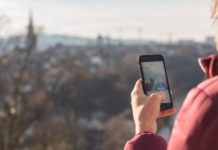