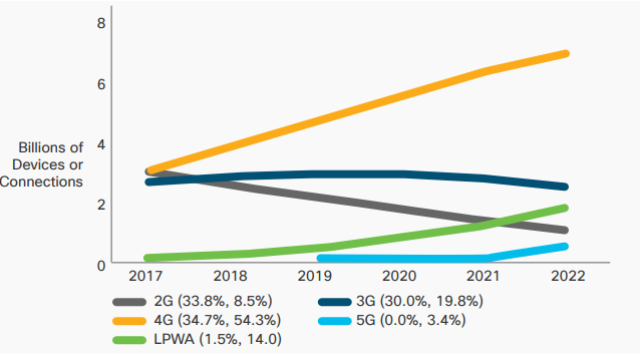 5G traffic will be 12 percent of the total mobile traffic by 2022. This indicates several mobile operators will be investing in 5G networks to manage the traffic.

5G connections will appear on the scene in 2019 and will grow several thousand percent from under half a million in 2019 to over 400 million by 2022. 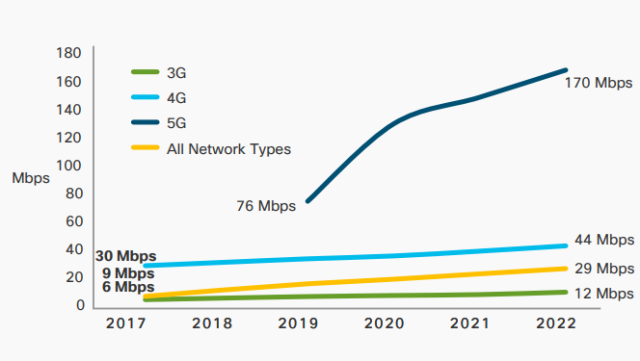 North America will be the region with highest share of connections on 5G at 9 percent. The top three 5G countries in terms of percent of devices and connections share on 5G will be Japan (12 percent), Sweden (11 percent) and United States (10 percent).

Smartphone customers will be moving to 5G network in a big way from 2022 putting new pressure on telecom networks. But mobile operators will be in a position to improve their ARPU. Cisco report did not mention about the impact of traffic or connections on the ARPU of 5G smartphone customers.

4G carried 72 percent of the total mobile traffic in 2017. 4G share will go down slightly to 71 percent of all mobile data traffic by 2022. 5G will support 12 percent of mobile traffic. 5G connectivity with its very high bandwidth (100 Mbps) and ultra low latency (1 millisecond) is expected to drive very high traffic volumes. 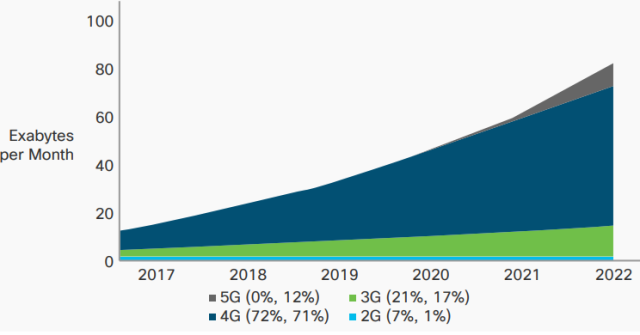 The offload percentage on 5G is estimated to be 71 percent by 2022.