Deutsche Telekom said its 5G network will cover more than half of the population in Germany this year.

Engineers at the Bonn-based telecommunications company are making a technical upgrade for existing antennas in the network to enhance 5G coverage. They are testing the technology in initial test fields. Further expansion will start in the coming weeks, says Telekom Deutschland CEO Dirk Wossner.

Deutsche Telekom is doing the testing in locations near Wittlich in Rhineland-Palatinate in Germany. The modernized system technology will be used to control the existing antenna and will be upgraded to 5G, says Walter Goldenits, Deutsche Telekom’s head of Technology in Germany.

With this new 5G variant, the existing passive antenna technology is optimally reused for future technologies in parallel to active antennas. In addition, a technology is being implemented that enables the parallel operation of two mobile communications standards in one frequency band: Dynamic Spectrum Sharing (DSS).

Deutsche Telekom also has 5G high-speed antennas in operation in eight cities. This expansion program is also continuing in parallel.

Deutsche Telekom is significantly accelerating the expansion of 5G – especially in rural areas — with the intelligent combination of available frequencies. Dynamic Spectrum Sharing (DSS) provides additional spectrum for LTE customers that can be used in addition to the existing spectrum.

Deutsche Telekom uses DSS in its commercial network. The radio band is no longer used by just one mobile communications standard, but can be split between LTE and 5G according to demand. 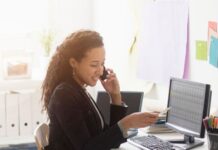