Deutsche Telekom has revealed its achievements in FTTH and 5G businesses in 2021 and fresh goals for the year 2022 and beyond. 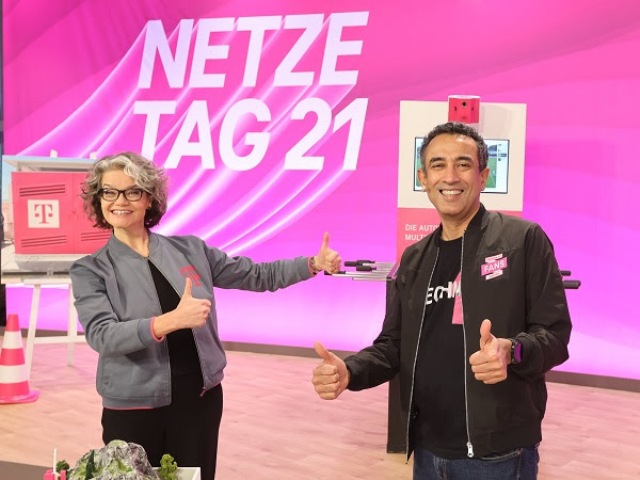 Deutsche Telekom has added 1.2 million FTTH (fiber to the home) connections in 2021.

Deutsche Telekom aims to add two million new FTTH connections in 2022. Telekom is also setting new records in the expansion of its mobile network. More than 63,000 antennas are now transmitting with 5G. 90 percent of the population can already use 5G.

By the end of 2025, 5G should also cover 90 percent of the map. Telekom has also upgraded more than 3,500 5G antennas in the 3.6 gigahertz band for 5G standalone, said Claudia Nemat, Board Member for Technology and Innovation.

Deutsche Telekom said 90 percent of people can now surf with 5G in Germany. Of the total 63,000 5G antennas, 6,000 new ones were added this year. On the ultra-fast 3.6 gigahertz band, 5G is now available in more than 140 cities. More than 3,500 antennas at almost 1,200 locations are bringing high-speed 5G to more and more people.

“We will invest around six billion euros in Germany next year. By 2030, every household and every company in Germany should have a fiber-optic connection,” said Srini Gopalan, Member of the Board of Management of Telekom Deutschland.

Telekom aims to connect ten million households with optical fiber by 2024. Telekom will add an average of 2.5 million FTTH connections each year from 2024. This year, Telekom laid more than 70,000 kilometers of optical fiber across Germany. In total, Telekom’s fiber-optic network covers more than 650,000 kilometers. Network expansion follows the open access principle. The resulting networks are open for use by Telekom’s competitors.

Telekom plans to roll out 5G Standalone on additional frequency bands in the coming year. During this time, the technology will also be further developed and optimized. Commercial use will start as soon as customers can experience the applications. 5G Standalone does not require LTE technology in the core network. This technology forms the next stage of 5G.

Telekom’s network will be completely green worldwide in 2021 by using green power. The company aims to achieve CO2 neutrality in its own direct and indirect emissions by 2025. Telekom aims to double its energy efficiency by 2024 with various measures. These included the shutdown of 3G.

Telekom is focusing on renewable energy, which already accounted for all electricity consumption in Germany in 2020. This resulted in CO2 savings of around 330,000 tons compared with the previous year. Telekom plans to test high-yield battery technologies for emergency power supply in the future. Climate neutrality along the entire supply chain to the customer is to be achieved by 2040.