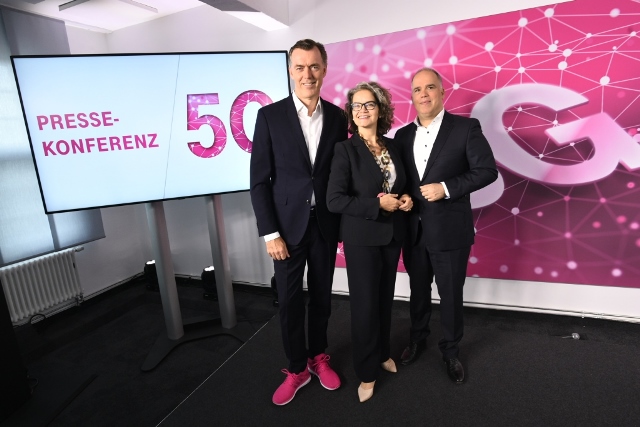 Existing 5G trials will be opened up to public use in the German capital Berlin and in Bonn, where Deutsche Telekom is headquartered, with four more cities — Darmstadt, Hamburg, Leipzig, and Munich — to follow this year.

By the end of 2020, 20 German cities will have 5G coverage. Deutsche Telekom bid 2.17 billion euros or $2.45 billion for 130 MHz of the 420 MHz of 5G spectrum allocated last month in Germany’s longest-ever auction of mobile frequencies.

Deutsche Telekom will be spending 5 billion euros or $5.6 billion this year for building out its 5G network infrastructure, technology chief Claudia Nemat said.

Deutsche Telekom is making 5G-enabled devices available to customers. It will bring 300 5G antennas into service in more than 100 locations this year, using its 3.5 GHz spectrum that is most suited to urban coverage.

Deutsche Telekom demanded that it needs a clear regulatory framework and pragmatism from the authorities – particularly when it comes to questions regarding regional spectrum, local roaming, allocation of the auction proceeds, and the approval procedures.

“5G is the future. But at the same time, we know we still have to do our homework in our existing network, which is why the LTE build-out is still a major focus. We plan to build around 2,000 new mobile base stations this year alone,” Dirk Wossner said.

The HTC 5G Hub hotspot can connect up to 20 devices with the network. Peak speeds per user can reach up to 1 GBit/s. The HTC device costs 555.55 euros in the Magenta Mobil Speedbox XL rate plan. The data plan costs 74.95 euros per month.