EE has been named the UK’s no.1 5G network and the UK’s best network for seven years running, RootMetrics report said. 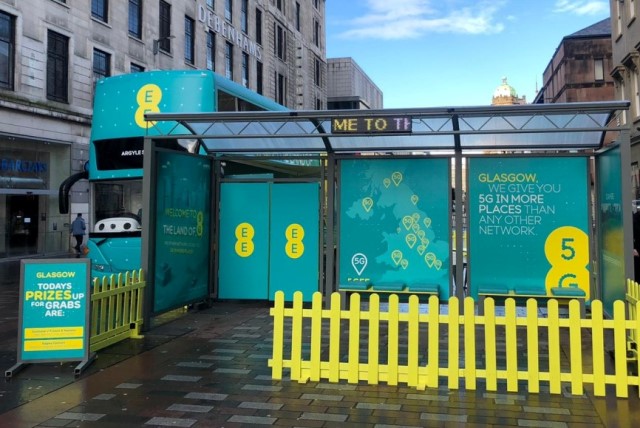 EE is well ahead of main rivals including Vodafone, Telefonica’s O2 and Three, the report indicated.

EE’s 5G offers the best combination of fast speeds and coverage, with the highest 5G availability in all 16 major UK cities tested, according to the latest independent testing by RootMetrics.

RootMetrics carried out 537,780 tests across 16 cities in England, Northern Ireland, Scotland and Wales.

EE was the only operator that registered median download speeds of at least 30 Mbps in all 16 cities tested. EE surpassed the 50 Mbps mark in eight of those cities, with its fastest speed clocking in at an impressive 73.0 Mbps in Manchester.

EE offers broad 5G availability and strong 5G speeds. EE was the only operator with 5G in each of the 16 cities we tested in 1H 2020, and the operator’s 5G coverage was relatively broad, with 5G availability above 21 percent in 12 markets. EE’s 5G network was also consistently fast, clocking impressive 5G median download speeds of at least 103.9 Mbps in all 16 cities.

Independent analysis of 5G reliability, speed and coverage found EE’s 5G network to be the no. 1 in the UK, offering 5G in more places than any other UK network. Tests reveal that EE’s highest 5G availability is more than double that of the next placed operator.

In London, EE’s 5G availability is over five times greater than all other operators. RootMetrics’ ‘availability’ measure shows how often devices connected to 5G during data testing across each city.

According to the independent tests, EE has 5G in more places than any other network in:

“RootMetrics’ 5G testing shows that we are a long way ahead in terms of 5G performance, and our engineers are continuing to build new sites every day to bring the latest mobile technology to even more people,” Marc Allera, CEO of BT’s Consumer business, said in a statement.