Telecom operators in Europe will be forced to spend an additional $62 billion or about 55 billion euros to build 5G networks if EU bans buying of telecoms equipment from China-based companies such as Huawei and ZTE. 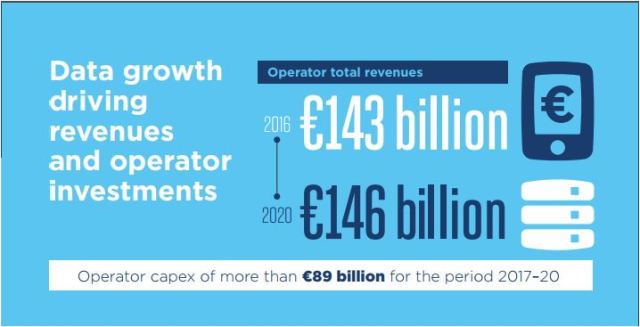 In addition to the cost escalation in building 5G networks, Europe will face delay of the 5G technology by about 18 months, Reuters reported based on an industry analysis conducted by GSMA. GSMA represents the interests of 750 mobile operators.

GSMA has already voiced concerns about the consequences of a full ban on Huawei, whose products are widely purchased and used by operators in Europe.

Huawei Technologies is the world’s biggest telecoms equipment maker, while ZTE is in the fourth position. Nokia, Ericsson and Samsung are trying to cash in on the challenges faced by Huawei and ZTE.

The United States added Huawei Technologies to a trade blacklist in May, prompting global tech giants to cut ties with the Chinese company and putting pressure on European countries to follow suit.

Washington alleges Huawei’s equipment can be used by Beijing for spying, something the company has repeatedly denied.

The move by U.S. President Donald Trump’s administration comes as telecoms operators worldwide are gearing up for the arrival of 5G.

The $62 billion estimate reflects the total additional costs implied by a full ban on purchases from Huawei and Chinese peer ZTE for the roll out of 5G networks in Europe.

“Half of this additional cost would be due to European operators being impacted by higher input costs following significant loss of competition in the mobile equipment market,” said GSMA in its report.

The two Chinese vendors have a combined market share in the European Union of more than 40 percent.

Such a delay would widen the gap in 5G penetration between the EU and the U.S. by more than 15 percentage points by 2025, according to GSMA.

This delay would result from delivery challenges for other major equipment makers, such as Ericsson, Nokia and Samsung, in the event of a sudden surge in demand.

It would follow from the need for telecoms operators to transition from one set of equipment to another.