The U.S. Federal Communications Commission will vote in July on whether to auction a key band of largely unused 2.5 GHz spectrum to help advance 5G wireless networks and scrap requirements that it be used for education. 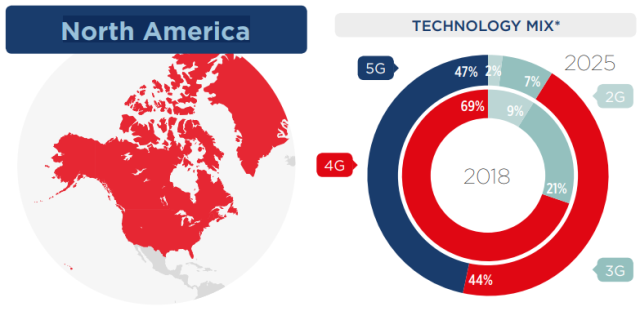 The FCC in May 2018 voted to consider releasing additional key 2.5 GHz mid-band spectrum reserved in the 1960s for what is now known as the Educational Broadband Service.

Sprint uses leased spectrum in the 2.5 GHz band in its existing 4G network and 5G network that it is being rolled out. That spectrum is a key part of Sprint and T-Mobile US’s proposed $26 billion tie-up and 5G plan, and is not directly affected by the auction, Reuters reported.

The U.S. Education Department in a June 7 letter told the FCC that it should maintain an “educational use requirement” for that spectrum and suggested setting aside revenue from license sales to help students who lack the internet access required to do their homework.

FCC Commissioner Brendan Carr last year noted that the 2.5 GHz band is unused in about half the country, and more than 90 percent of the licenses held by educational institutions are leased to other entities.

The FCC is taking action to make additional spectrum available for 5G services.

FCC concluded its first 5G spectrum auction this year in the 28 GHz band, and its auction of 24 GHz spectrum is taking place right now.

Later this year, FCC will auction the upper 37 GHz, 39 GHz, and 47 GHz bands. FCC will release almost 5 gigahertz of 5G spectrum into the market.

FCC is acting to improve use of low-band spectrum for 5G services, with targeted changes to the 600 MHz, 800 MHz, and 900 MHz bands.

FCC is creating new opportunities for the next generation of Wi-Fi in the 6 GHz and above 95 GHz band.

FCC is updating infrastructure policy and encouraging the private sector to invest in 5G networks.

FCC adopted rules that will reduce federal regulatory impediments to deploying the small-cell infrastructure needed for 5G (as opposed to large cell towers) and help to expand the reach of 5G for faster, more reliable wireless service.

FCC reformed rules designed decades ago to accommodate small cells. The reforms ban short-sighted municipal roadblocks that have the effect of prohibiting deployment of 5G and give states and localities a reasonable deadline to approve or disapprove small-cell siting applications.

FCC is modernizing outdated regulations to promote the wired backbone of 5G networks and digital opportunity for all Americans.