GSMA has demanded significant incentives to allocate Capex in their mobile Internet networks that can support business of digital companies such as Alphabet’s Google, Meta, Netflix, Apple, Amazon, Microsoft, among others.

Policymakers must consider the interdependence of online services and other growth sectors on the underlying infrastructure investment, GSMA said.

The medium to long-term incentive of telecom operators to keep investing Capex at rates of up to 20 percent of revenue given the sub-10 percent returns on capital is a particular concern, and the performance of their share prices illustrates this starkly. There needs to be a balanced approach to the ability to earn fair returns on investment across the internet value chain if it is going to continue to grow, GSMA said.

The online services and user interface segments are benefiting most from value-chain growth and generating the largest shareholder returns, whereas the internet access connectivity segment has generated relatively low and even single-digit returns on capital.

Over the past six years, average total shareholder returns have been almost flat across the internet access connectivity segment, while other segments have at least doubled investors’ stakes and some user interface players have delivered almost sixfold returns over the same period.

At a time when a greater load is being placed on internet connectivity infrastructure, requiring network operators to increase speed, capacity and coverage, their business model is being squeezed. First, enterprises are replacing highmargin MPLS and VPN services with more basic internet access services, resulting in an overall loss of revenue and margin for the operators. Second,

The scope of operator activities is being narrowed. As virtualisation of core network functions takes place, hyperscalers can develop and run these services at a global scale, playing a greater role in core service and network orchestration, while operators in many markets are separating their infrastructure (i.e., into fibre and tower companies) and selling selected assets. If these trends play out to their full extent, telecom operators risk becoming predominantly internet access providers, fulfilling the sales and service function but with significant capex requirements to build and maintain the access infrastructure.

The study finds that revenues across the internet value chain nearly doubled in five years, from $3.3 trillion in 2015 to $6.7 trillion in 2020. Much of this growth comes from online services; they saw a 19 percent increase in revenue per annum in 2020.

With an annual growth rate of 7.5 percent, the number of users being connected to the internet globally shows no sign of slowing.

Traffic per user grew at 27 percent per year, with almost 80 percent of that being driven by video traffic.

Yet the return on investment in infrastructure for network operators was far lower, between 6 percent and 11 percent. The report highlighted average sub-10 percent returns on capital as a concern due to pressure on telecom operators to keep investing CAPEX at rates of up to 20 percent of revenue. 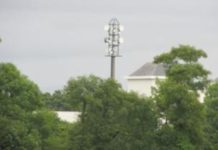