As Indian telecom industry prepares for the 5G spectrum auction, Broadband India Forum (BIF) today stated that the quantum of 5G spectrum that has been allocated for the upcoming auction will not suffice to meet India’s 5G demands.

Comparing the status of India with U.S.’ the think tank said the pool of 5G spectrum as recommended by TRAI at 175 MHz is less than one third of that allocated by the U.S. Considering the large population, highly inadequate fixed line connectivity and rapidly growing mobile usage, the scenario grows worse.

5G spectrum price in India is about four times higher than in UK and South Korea in terms of ARPU, and 8-9 times more than in Spain and Finland. On an average, India 5G Spectrum Price is four times higher as compared to other countries.

Commenting on the 5G spectrum auction challenges for operators, TV Ramachandran, President Broadband India Forum said, “It is important to note that spectrum price in India is the single most important factor that can translate the auction into success or failure. Under such a serious situation, mere price adjustments would not suffice, and one needs a radical review of the price valuation fundamentals.”

Lowering the price of the spectrum will facilitate maximum auction participation and maximize the sale of spectrum so that an optimal combination of both direct and indirect benefits is realized,” Ramachandran added.

BIF also highlighted that as a result of high reserve prices in previous auctions, India has incurred approximately INR 5.4 lakh crores (around US$ 756 Billion) in economic losses since 2010. The loss not only includes the value of the spectrum unsold, but also the economic benefit lost as a result of this unsold spectrum remaining idle. 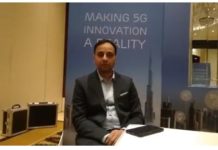 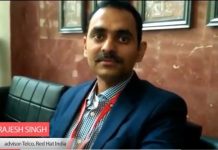