Global telecom operators are stepping up their Capex related investment in Massive MIMO, a precursor to 5G technology, to boost network capacity in highly dense environments to enhance customer experience and increase efficiency of spectrum.

Prominent massive MIMO deployment was by SoftBank in Japan and China Mobile in China.

Softbank has deployed massive MIMO systems in about 100 sites across 6 cities including Tokyo to increase the speeds of its existing services.

In the first six months of 2017 more than ten trials have been reported now; the Huawei and Bharti Airtel announcement being among the most recent.

The installed base of MIMO-enabled LTE antennas will grow by more than double from 2017 to 2021 to almost 9 million, according to ABI Research.

The market for MIMO-enabled LTE antennas in the Asia Pacific region will be achieving a growth rate of three times. Asia Pacific, which is home to several leading telecom operators such as Bharti Airtel, China Mobile, Reliance Jio, among others, will grow to represent most of the market by 2021, said ABI Research.

Indian telecom operators such as Airtel, Idea Cellular and Reliance Jio are in the process of adding Massive MIMO to enhance spectrum efficiency and customer experience on their data networks across the country.

“The deployment of Massive MIMO is the first step towards 5G. As India strides towards exponential and unprecedented data growth, we are now better equipped to serve this growing demand with a strategic advantage to provide faster speeds and enhanced user experience to customers,” said Abhay Savargaonkar, director – Networks, Bharti Airtel. 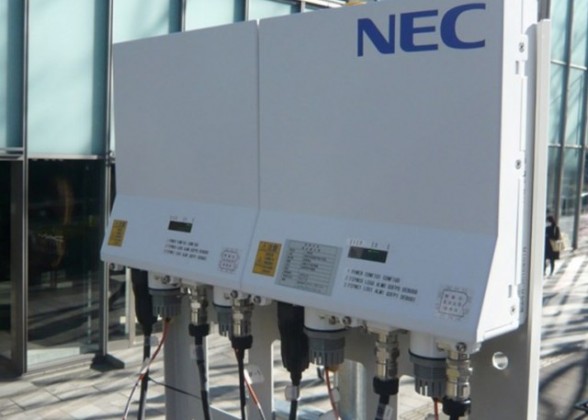 China Mobile and Huawei completed field trials on 4.5G Evolution in which spatial multiplexing of Massive MIMO was used on commercial UEs to achieve the world’s first 1 Gbps cell throughput with only 20 MHz TDD spectrum. It is considered as a key milestone in the field of Massive MIMO.

Singapore based telecoms Singtel will use Massive MIMO base stations featuring a large array of 64 antennas that improve spectral efficiency and cell capacity using innovations in radio technologies.

The innovative antenna system channels signals to users’ specific locations instead of broadcasting across a geographical area. This multiplies the number of data paths from the cellular base stations, thus increasing network capacity and improving user experience.

Singtel will team up with Ericsson, Huawei and ZTE to deploy Massive MIMO technology at the Marina Bay area. Singtel rolled out the network boost at the National Day celebrations, with other deployments planned for the Singapore F1 Night Race and the New Year countdown event. 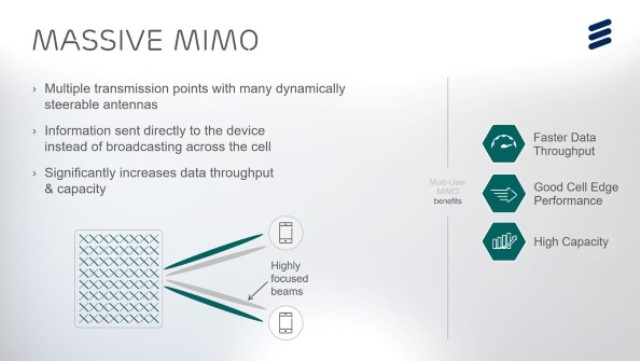 “While MIMO has not delivered on its promises so far, we are left with no doubt that the technology will become a foundational building block for mobile networks in the evolution of 4G and 5G and advanced antenna systems will receive increasing attention and R&D by both vendors and MNOs,” said Nick Marshall, research director at ABI Research.

There will be increasing acquisition activities in the antenna market, particularly involving MIMO technology.

The cellular antenna market has vendors such as Amphenol, Comba, CommScope, Huawei, Kathrein and RFS all competing to include these advanced multi-antenna features.

MIMO will be an important part of mobile network operators’ options in their evolution to 5G from LTE-Advanced, LTE-Advanced Pro, and the recently marketed Gigabit LTE.